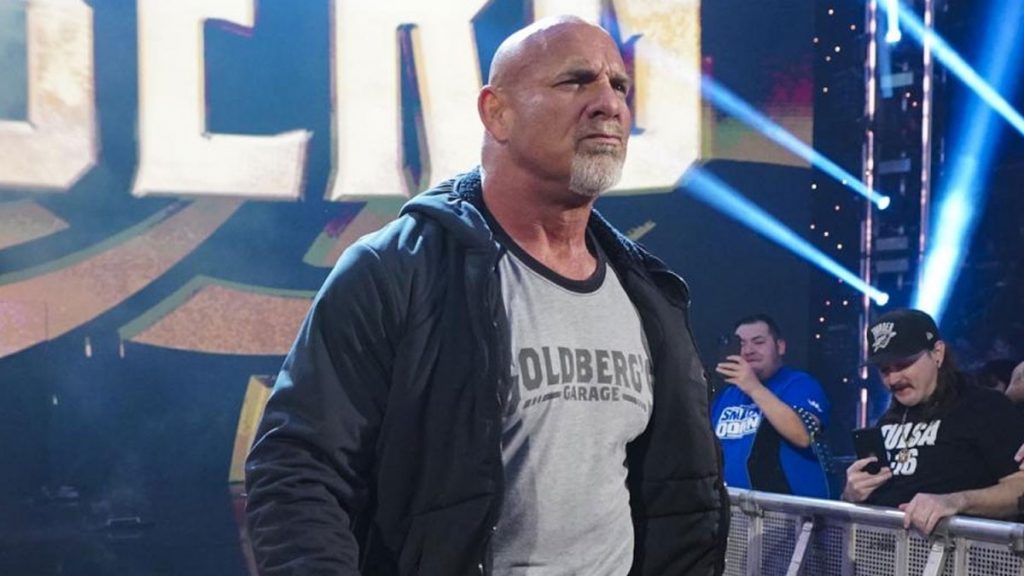 Former WWE Universal Champion Goldberg has revealed that he is still under contract with WWE, while also claiming that he is waiting for them to call him for a return.

There is no doubt that Goldberg has been one of the most dominating forces to ever step foot inside a pro wrestling ring.

He made a huge name for himself during his days at WCW, becoming a Triple Crown Champion and a true legend of the business.

After 12 long years away from the pro wrestling scene, Goldberg made his long-awaited return to the WWE in 2016. Now, six years after his return, it was rumored that Goldberg’s contract had expired and that he became a free agent because of that.

The former 2-time WWE Universal Champion has now addressed the rumors himself in a recent talk with The New York Post, by claiming that he is still under contract with WWE and waiting for a call to return to action.

When speaking about this, Goldberg said:

“I’m still waiting for that one [call] to happen one of these days. But I suppose you never retire in the wrestling world until you’re dead, so who knows.”

He continued by explaining that he suffered a shoulder injury on his match with Roman Reigns at this year’s Elimination Chamber event, but that he never considered to fix it with surgery due to a possible call from WWE.

“I have worked my ass off day, after day, after day to get to a point where I feel almost normal again. I just kind of needed that break. I needed the mental focus of understanding that surgery wasn’t an option at the time, and I needed to put my ass to the grindstone.”

Goldberg’s last match came at the already mentioned Elimination Chamber pay-per-view, which took place on February 19th from The Kingdom of Saudi Arabia.