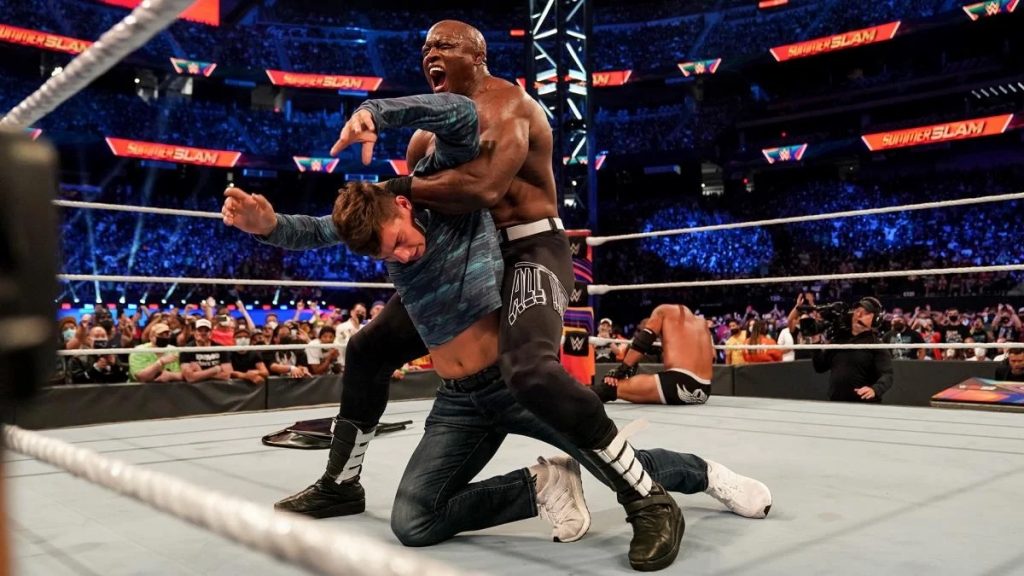 The WWE Championship bout ended via referee stoppage after Lashley targeted Goldberg’s leg. The ‘All Mighty’ continued his beat down on Goldberg after the match, even attacking his son Gage, who was involved in the feud appearing on several episodes of Raw leading up to SummerSlam.

Speaking on CarCast, a podcast he co-hosts, Goldberg spoke on how he had to choke his son to prevent him from smiling after being attacked.

“I didn’t see s—,” Goldberg revealed. “I was choking him. He goes, ‘Dad, when you came over and grabbed me, you were choking me.’ I was like, ‘I saw you smiling man, I had to get the smile off.’ The kid is impervious to pressure. He did four hours of homework before he went out and jumped in the ring with a 290-pound monster who was beating his dad up. It didn’t bother him one bit. Wanda [Goldberg’s wife] was in the back. If she was anywhere near the ring, it wouldn’t have made any sense. She would have had to jump in too.”

Goldberg is signed with WWE for two more years, which has him working two matches per year. It’s currently unknown to when he will return to television.