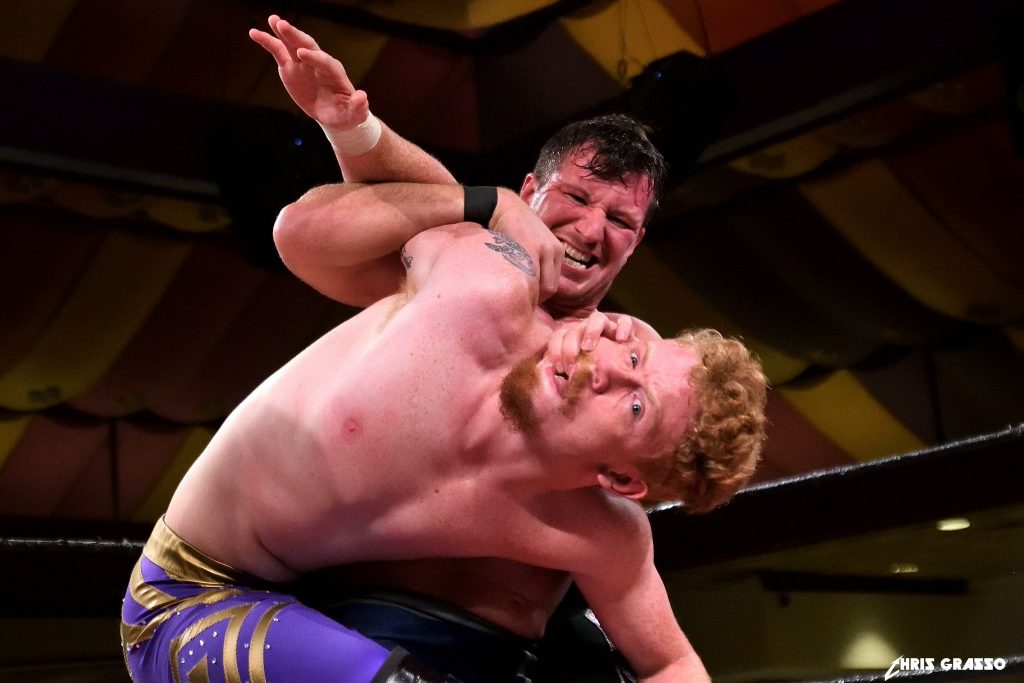 Fans strangely turned on Blake Christian after his match against Tony Deppen at last nights GCW Homecoming show, after reports about him signing with AEW surfaced online.

Last night former WWE star Trey Baxter, who is now known as ‘Blake Christian’ faced Tony Deppen at GCW Homecoming. However it was what happened after the match that left many fans questioning what they had just witnessed.

After his match against Deppen, Christian took the mic, where seemingly he was set to announce he had signed with AEW/ROH, so would no longer be a GCW regular. However before he was able to address this, he was cut off by loud boos from fans.

Despite this, Christian went on to say “I love you too. Is this about Matt Cardona? So this is what Roman Reigns feels like. Is this about Bron Breakker? Cora Jade?”.

Christian was addressing the news from earlier this week that his former girlfriend, Cora Jade, was now dating NXT Champion Bron Breakker.

The 25 year old then attempted to relax the fans, by leaving the ring and engaging with the audience. However this resulted in him sitting on the lap of a fan telling him to ‘Shut the f**k up‘.

As the promo continued, Christian eventually announced he was not going to be around GCW as much anymore. This did not quiet the fans down, with some cheering at his departure, seemingly having the opposite reaction to what he expected.

Why Did The Fans Turn On Blake Christian?

While it does remain a mystery why fans suddenly turned on the former WWE star, it could have to do with a new report. Sean Ross Sapp of Fightful is reporting that Blake Christian has signed with AEW/ROH.

Despite the AEW Champion Jon Moxley being a GCW regular, AEW remains unpopular with the GCW fanbase. This seemingly stems from AEW signing many GCW talents. This means they appear less frequently on the product.

It could also be due to Matt Cardona recently claiming “He’s stiff. He’s an unsafe worker”. However no other wrestlers are yet to back up this claim.

This also isn’t the first time Blake Christian has left GCW. He left to join WWE in 2020, before being released in 2021.