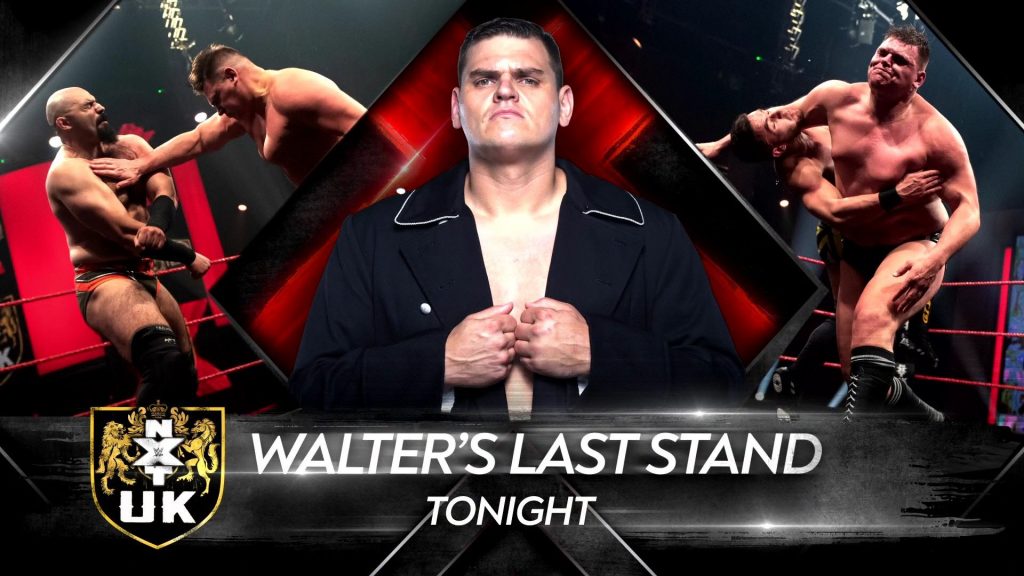 Preview: Tonight is the end of an era as we witness Walter’s Last Stand, his last match within the NXT United Kingdom Brand. Walter will be facing Nathan Frazer in what will surely be a great match. We also see the second match of the tag team tournament to find Moustache Mountain, a pair of challengers. Oliver Carter and Ashton Smith have made it to the finals, this week we find out who they face for the overall contendership for the championships.

The promo package reliving Walter’s NXT Uk career was well put together and it’s a little sad that Walter is leaving NXT UK for NXT 2.0. Worth the good because it is very well put together. Throughout the night there are recaps, showing big moments of his career like his Title victory.

Overall this match had some good work, Jack Starz had some nice offense. This was my first time watching a Rohan match and I’m not sure if it was the opponents or just him, but it was a match that seemed to struggle to get into the next gear. Dave Mastiff had a cool hot tag getting that nice dropkick and senton combo. Other than that I believe the Gallus Run-in should’ve happened in the finals.

This is as close as NXT Uk will get to some Gang Wars, and the brawl was pretty enjoyable and the small crowd felt hot with it. Tensions are rising with the trios.

Dragunov and Devlin will face off in two weeks for the NXT Uk championship.

The biggest downside of this match was the length of about 4 minutes. Amale and Stevie are both young and capable talents and they showed up. Given a short time they made it look good. Amale is growing as a babyface and is showing a lot of fire. Jinny on Commentary added to this match as in the future we are getting Amale Vs Jinny. Overall nothing crazy good in this match but nothing that was bad about it.

Next week Pretty Deadly Vs Sam Gradwell and a partner of his choosing.

GREAT: Noam Dar prepares to defend the heritage cup next week Vs A Kid.

This promo package recaps 2021 for A Kid as well as the tournament that Noam Dar had won to become the number one contender. Overall the dialogue in this edited exchange was good. It made next week’s match feel more important.

Jinny Interrupts Amale’s interview as they are pulled apart by security.

Walter never has a bad match! Nathan Frazer, a student of Seth Rollins hung with Walter great. The underdog role was really fitting for him. I enjoyed Walter’s powerbomb being protected as a finisher. Nathan came close a handful of times and looked really good. Not the best Walter Match, but a very solid match for him to start the year off with.

Results: Walter Pins Nathan Frazier in his last stand after his first powerbomb.

Overall this show was carried by the honoring of Walter and the main event. The other two matches had some decent but average in-ring work. Amale continues to grow as a face as the only top face of the division is Meiko Satomura. Gang wars continue and the 6 man tag should be solid once it happens. We know the next few weeks will have some good matches in the heritage cup with A Kid and Noam Dar, and then Dragunov Vs Devlin. Storyline progression was very recappish tonight. Nothing too new in terms of promos. Hopefully, next week is better.