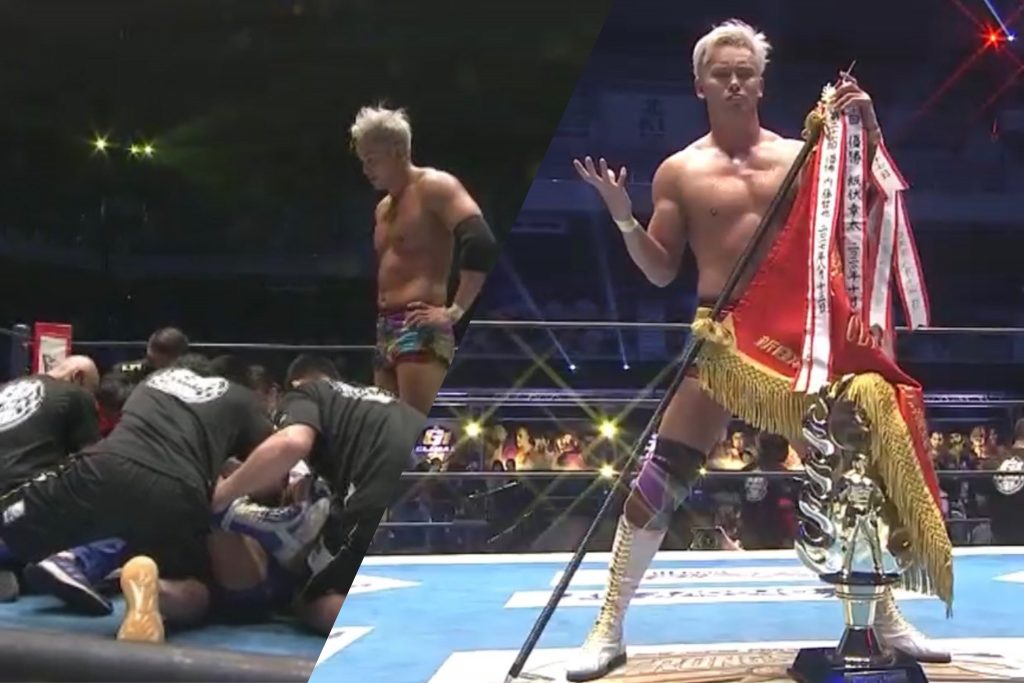 A Block winner Kota Ibushi went toe-to-toe with B Block Winner Kazuchika Okada to crown the winner of G1 31. However, this match was cut shortly after Ibushi attempted a Phoenix Splash and seemed to have suffered an undisclosed arm injury when he landed on the mat wrong.

The exact injury is currently unknown at this time, however he was holding his wrist, practically from the moment he landed until he got to the back.

This meant that Okada ended up winning the G1 by referee stoppage. He will now go on to face the world champion at NJPW’s biggest event of the year, Wrestle Kingdom 16, in January. Okada was also very visibly concerned for Ibushi.