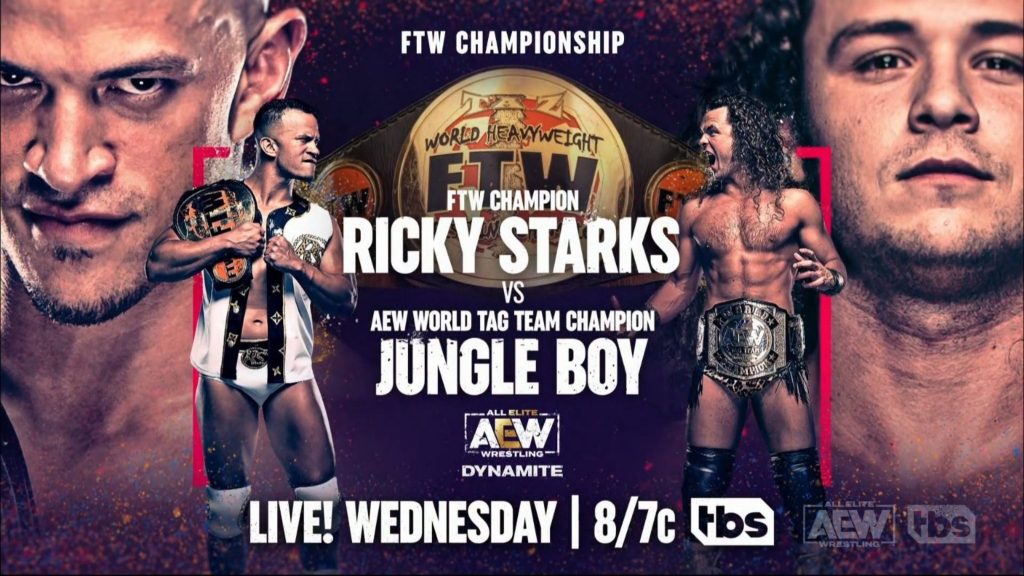 Four matches and a contract signing have been made for the May 11 episode of AEW Dynamite.

First, after Wardlow defeated W. Morrissey, MJF finally agreed to have a match with Mr. Mayhem. Before he does, MJF has ordered a contract signing next week. He will announce his stipulations for the match to happen.

Additionally, before Jurassic Express grants Team Taz’s Ricky Starks and Powerhouse Hobbs a Tag Team Title shot, Jungle Boy wants to face Starks for his FTW Championship. That match will happen next Wednesday, though it was not stated when the Tag Team Championship Match would happen.

The first two quarterfinal matches in the Owen Hart Foundation Tournament will take place as Darby Allin faces Jeff Hardy, and Adam Cole takes on Dax Harwood. The bracket for the tournament has been set.

Finally, CM Punk will go one-on-one with hometown boy John Silver. Punk is ramping up to Double or Nothing where he will compete in the main event against Hangman Page for the AEW World Championship. Hangman sent a message to Punk during Dynamite.