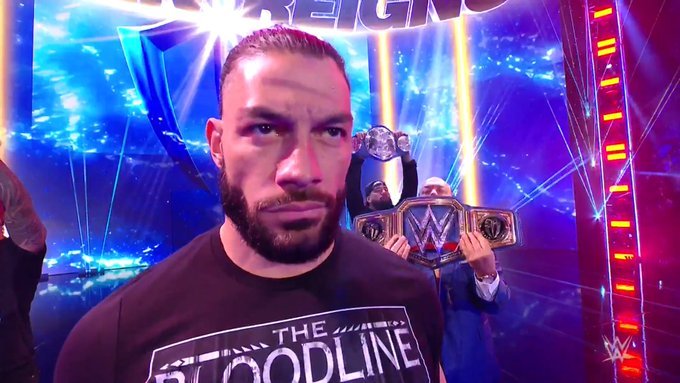 This past week saw a massive turn of the tide for the Smackdown roster. Both Becky Lynch and Brock Lesnar returned to the WWE and immediately left their mark on the blue brand. Becky walked out as the new Smackdown Women’s champion and Brock closed the show by potentially creating a sense of worry for the Tribal Chief. With these new additions to the roster, how will Smackdown continue their momentum heading into Extreme Rules? Let’s find out!

GREAT: The show kicks off with the new Smackdown Women’s champion Becky Lynch. Becky talks about how a year ago her relinquishing the Raw women’s title stripped her of a piece of her identity and that she’s been working every day since to come back better than ever. She pretends to apologize about her actions at Summerslam and says that when an opportunity is presented she takes it. Bianca Belair comes out and says that she’s not happy about how Becky won the championship and asks for a rematch tonight. Zelina Vega comes out and says that she wants a shot at the women’s championship. Carmella comes out and says that she deserves a shot as well because she was the official replacement for Sasha at Summerslam and Becky ruined that. Liv Morgan also comes out and says that Becky shouldn’t waste her time facing losers and says she should face her instead. The women argue as Bianca asks Becky one more time for her rematch, to which Lynch says not tonight. Zelina and Carmella attack Bianca and Liv makes the save. Overall this was a fun opening segment. Bianca was the right amount of pissed off at Becky and I’m ok with other women coming out to stake their claim to the title.

GREAT: We return from the break to a fatal four way elimination match between the four women. This match is to determine the number one contender for Becky down the line. Zelina and Carmella form a temporary alliance to take down Bianca and Liv, however it doesn’t last long. Zelina is eliminated first after Bianca hits the KOD. Carmella is soon eliminated thereafter by Liv Morgan after she hits her with the middle rope flatliner she calls ObLIVion. Carmella attacks Liv after being eliminated and gives Bianca an advantage. From this point on there’s a really fun back and forth between Bianca and Liv. This is easily the best part of the match. Bianca eventually wins after hitting the KOD and earns her rematch against Becky. This was a mixed bag in my opinion. Everything up until Zelina and Carmella was alright but once it came down to just Bianca and Liv it got REALLY good. I wish it was just a one on one match between those two instead of a four way. With that being said, however, this was still a good match thanks to the final sequence between the two women. A good start to the show.

GREAT: Paul Heyman is stopped by Kayla Braxton backstage who asks him where his allegiance lies now that Brock Lesnar is back. Heyman is insulted at the question and says that he is still loyal to Roman. He tries entering Roman’s locker room, but discovers that the door is locked. Heyman continues trying to get in until the Usos answer the door. The Usos voice their concerns that Heyman may not be loyal to the Tribal Chief, citing evidence such as the Usos not being at ringside for Roman’s match at Summerslam with Cena. They also think that Paul knew about Brock’s impending return the whole time. Heyman reassures them that that was not his decision but rather Roman’s and continues preaching his loyalty to Reigns. The Usos leave to go back into the locker room. A really solid segment here. I like the paranoia from the Bloodline and the doubt they now have in Heyman. Really interested to see where this goes.

AVERAGE: Up next is Chad Gable vs Cesaro. Almost immediately Cesaro goes for the swing, but Gable evades. Gable constantly works over Cesaro’s arm which is smart because it hinders his ability to do the swing. Cesaro eventually gets Gable in the swing, but is attacked by Otis to cause the DQ. This was a decent match up until the finish. Post match Alpha Academy beat up Cesaro.

AVERAGE: Kayla Braxton is in the parking lot waiting for Roman Reigns, but Baron Corbin shows up instead in a new outfit and car. He announces that he is now Happy Corbin due to his new found riches.

GREAT: Happy Corbin comes to the ring and discusses his riches to rags and back to riches story. He talks about his fantastic luck in Las Vegas after losing to Big E at Summerslam and talks about how happy he is. He asks Big E to come out and thanks him for making him happy. He offers to buy the money in the bank briefcase from Big E to make him “happier” because he’s just gonna cash in and lose anyways. Big E declines the offer and Corbin simply tells him to stay miserable. Big E tells Corbin to get out of the ring before he decks him, to which he laughs and leaves smiling. This was a really fun segment. I really like Happy Corbin and both guys played their roles great.

GREAT: Seth Rollins also cuts a backstage promo immediately afterwards and actually congratulates Edge on his win at Summerslam. He talks about how people praised their match and that he was happy to be a part of it. He finishes by saying that if he wants to get back into the Universal title hunt, too, that maybe he should start acting more like Edge. This was honestly better than the Edge promo. It showed more character development for Seth and it shows him going more and more off the deep end.

GOOD: Roman Reigns shows up to see Heyman standing outside his locker room and is confused. He asks Heyman why he’s just standing there and Heyman sheepishly opens the door and follows Roman in. Another short, solid segment to further the Bloodline dissension.

GREAT: Up next we have a tag team match as King Nakamura and Rick Boogs take on the Dirty Dawgs. Rick Boogs wrestling again is great to see. He’s such a bundle of charisma and energy, doing fun spots like playing Ziggler’s legs like a guitar while in a submission. Nakamura also had a good showing in this match until Ziggler hit the Zig Zag on the outside to turn the tide. Weirdly, an Apollo Crews promo played during the match. Apollo says that Shinsuke is an embarrassment to the Intercontinental championship and that he will return prestige to the title. The match from this point builds to a REALLY fun pace and Boogs has a fantastic showing. Boogs eventually WINS after pinning Ziggler. WWE clearly really likes Boogs a lot to give him this big win.

AVERAGE: Sonya Deville is backstage on her phone when she’s interrupted by Naomi!! Naomi excitedly asks Sonya when her first match is, to which Sonya oddly says that she wasn’t expecting Naomi to show up? I find that really odd considering she runs both shows with Adam Pearce. Naomi continues asking but Sonya just says that she’s being rude. Regardless, this was a decent segment and I like that Naomi has some type of angle going into her debut.

GOOD: The Mysterios are backstage as Rey gives Dominik a pep talk. Rey says that he’s going to take a step back to put his son into the spotlight as a singles star to gain focus. Dominik is confused by this decision, but Rey assures him this is for his own good. I really liked this segment. I like Rey wanting his son to branch out on his own and help him grow as a young singles guy. Plus Dominik’s reluctance to this decision makes me think that a heel turn could be coming.

GOOD: Up next is Dominik Mysterio vs a mystery opponent. Rey leads Dominik to the ring but goes to the back to live up to his word and let his son fight his battles on his own. Dominik’s opponent turns out to be Sami Zayn! The two have a good back and forth until Zayn turns the tide and sends Dominik to the outside. This prompts a concerned Rey to come out to ringside to check on his son. I like Rey’s fatherly instinct coming into play to potentially hinder his son’s focus later on. Sami takes control from this point on, but Dominik gains a brief comeback and almost wins, but Sami is able to counter and hit the Helluva kick for the win. Another good match on this show. Post match, Rey tries helping Dominik but Dominik doesn’t want the help.

GOOD: The Bloodline is backstage preparing for the Family Celebration. Heyman prematurely hands the universal championship to Roman, who is once again confused. Heyman says that it’s a family celebration and that he should carry the title. Heyman is coaxed to come out with them anyways. I love this storyline for the show. WWE is doing a really good job making you believe Heyman could secretly be with Lesnar.

MUST WATCH: Finally, we have the Bloodline’s family celebration. Heyman speaks first and tells the crowd to acknowledge Roman and says they have the opportunity to also acknowledge the tag team champions the Usos. He talks about how Cena was beaten at Summerslam by Roman but they are interrupted by Finn Balor. Balor talks about how he was robbed of his title shot due to Cena. He discusses how both Edge and Lesnar are now entering the title picture and says that he doesn’t trust anyone on the roster. Because of this, instead of challenging Roman for the title at Extreme Rules, he wants Roman next week. Finn attacks Roman but is jumped by the Usos. The Street Profits make the save and the trio gains the upper hand. Roman leaves the ring as Finn hits the coup de grace on Jimmy to end the show. This was a great ending to the show. I loved Finn’s urgency to get his title shot so soon due to the new sea of challengers. Plus a resurgence of the Usos vs Street Profits is the absolute right move.

Overall, this was a really solid episode of Smackdown. A lot of great in ring action such as Liv Morgan’s great performance against Bianca, the Rick Boogs tag match and Sami vs Dominik. There was a lot of great storytelling as well between Roman and Heyman, setting up this fun angle about where Heyman’s allegiances lie. Definitely one of the better episodes of Smackdown this year.