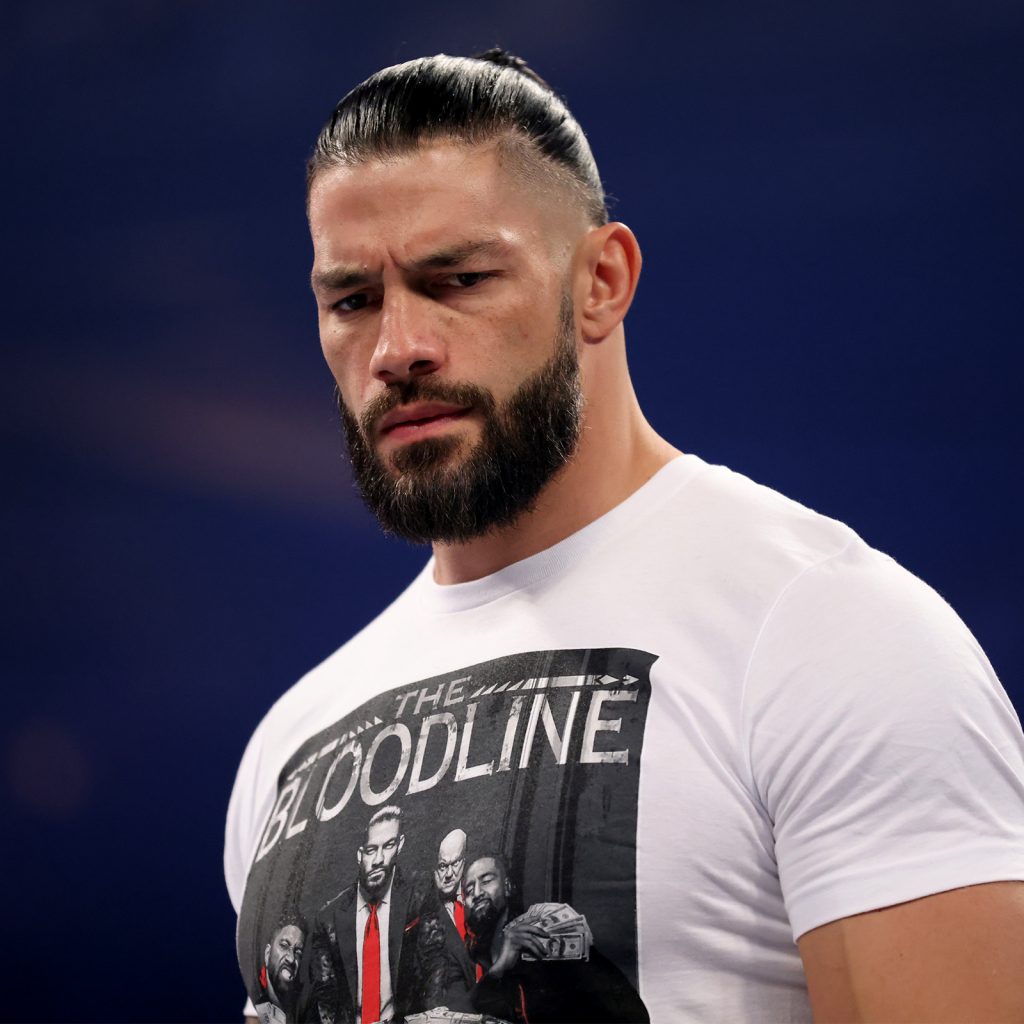 Last week proved to be a good episode of SmackDown, but not as good as recent episodes. The King of the Ring matches were a lot of fun and the closing segment with Edge and Rollins was fantastic, but the rest was hit or miss. With a special Supersized 2 and a half hour episode tonight, will Smackdown feel Supersized, or succumb to the Rampage? Let’s find out!

GREAT: The show kicks off with the Rated R- Superstar Edge and discusses his feud with Seth Rollins. He says that their feud has stretched beyond costing each other opportunities at the Universal Title and has become far more personal. Edge talks about how Rollins has gotten in his head and that they’re much more alike than anyone gives them credit for. He admits that Rollins isn’t Edge lite, and that’s why he has to finish this. He finishes by saying that it’s fitting their rivalry ends inside Hell in a Cell because he’s going to leave Seth with a scar that will never heal. A fantastic promo from Edge to start the show.

GREAT: Our first match of the evening is the semi final match in the King of the Ring tournament as Finn Balor takes on Sami Zayn. Finn has a quick pre match promo saying that he’ll achieve a great feat in becoming KOTR, and an even greater feat by shutting Zayn up. This was a solid opening match between these two. Finn Balor wins after the Coup de Grace. Not surprising considering Sami’s history with Saudi Arabia.

AVERAGE SQUASH: Up next is Naomi vs Sonya Deville. Sonya, however, comes out in a suit and says that Naomi failed to listen to what her match actually is. Sonya says that Naomi will still be wrestling, but it will be a handicap match. Seville’s partner? Shayna Baszler. Shayna and Sonya pretty much dominate Naomi for a majority of this match. Shayna puts Naomi in the Kirafuda clutch and Sonya pins her for the quick win. This was a decent extended squash, but hopefully the payoff is better than this.

GOOD: Sasha Banks has a backstage promo where she talks about Crown Jewel and says she’s going to win back her Smackdown Women’s championship. As for tonight, however, she’s going to give Becky Lynch a “big time beatdown.”

GREAT: Seth Rollins has a promo where he discussed Edge’s comments from earlier tonight. He says that he’s not intimidated by Edge and applauds Edge for saying that Rollins is not in fact Edge lite and is rather his own man. Seth claims to have the mental advantage heading into his Hell in a Cell match and continues to reinforce that he’s unafraid. Seth talks about how the Cell made Seth Rollins into the man he is today in what was a really damn good promo.

AVERAGE: Carmella and Zelina Vega have a backstage promo talking about how they want to have a “fair” match for the crown. A decent promo.

AVERAGE: Up next is the semifinals of the Queen’s Crown tournament as Carmella takes on Zelina Vega. This was definitely the best match of the tournament so far in my opinion, but still nothing special unfortunately. The finish sees Zelina hurt Carmella to the point where she goes for her face mask. However, Liv Morgan gets to the mask first and distracts Carmella. She gets back into the ring where Zelina rolls her up for the win.

SATISFACTORY: Up next is another addition of Happy talk with Happy Corbin. Madcap Moss tells a bunch of bad jokes until Rick Boogs and Shinsuke Nakamura interrupt. The Street Profits came out as well and Boogs played their song on the guitar which was cool. This was whatever.

GREAT: Up next is a street fight for the Smackdown Tag team titles as The Usos defend against the Street Profits. This was a very fun match and I liked the Street Profits showing an aggressive side, unleashing on the Usos with weapons. The Usos end up retaining the surprise of nobody in a damn good match.

GOOD: Becky Lynch is interviewed backstage about Sasha’s earlier comments. Becky talks about what greatness means and puts herself over. This was a short, good promo.

MUST WATCH: Up next is Becky Lynch vs Sasha Banks. Bianca Belair joins this match for some special commentary. This was a fantastic main event match. These two women really put out all the stops here and it definitely shows. Sasha eventually gets the win after Bianca distracts Becky.

GREAT: The show ends with the contract signing between Roman Reigns and Brock Lesnar for their Universal championship match at Crown Jewel. Brock grabs the contract and just signs it without even reading it. Roman calls Brock a big dumb farmer and Brock finishes the segment by saying he already the contract earlier, thanks to his advocate Paul Heyman. A nice final tease for the championship match on where Paul’s allegiance lies.

Overall , a really good go home show for Smackdown tonight. A lot of excellent matches like Finn and Sami and the women’s main event. The only real downsides to the show were the Queen’s Crown tournament continuing to be unfortunately lackluster and Happy Corbin. Otherwise, this Smackdown definitely felt supersized enough.