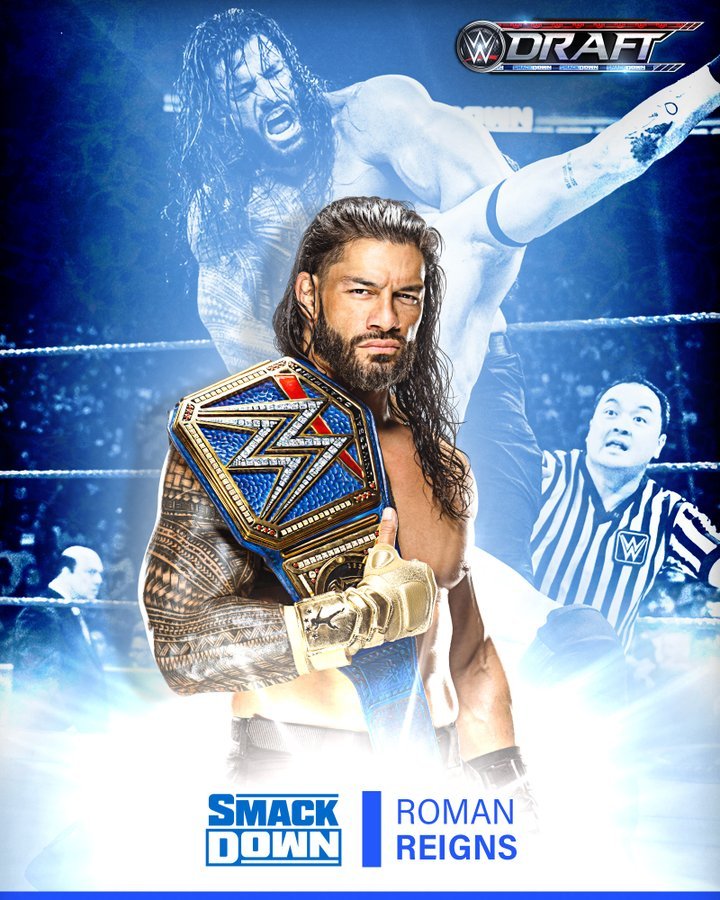 Tonight marks the prelude to a new era for the WWE. The WWE draft will seek to shake things up for Raw and SmackDown, moving superstars between brands, altering storylines, breaking up tag teams. We may even see some NXT call ups along the way. Will the draft be successful enough to keep fans’ interests? Let’s find out!

GOOD: The show kicks off with Round 1 of the WWE Draft. Sonya and Pearce clarify that only half of the roster is eligible to be drafted tonight and the other half will be drafted on Monday. The round is as follows:

MUST WATCH: Roman Reigns comes out and hypes up the fact he’s the number one pick in the draft. Heyman says that at Extreme Rules the Demon was exercised and that Roman is looking ahead to Crown Jewel. Paul also calls Roman the “suplexorcist.” However, Brock Lesnar makes a surprise appearance! Roman and Brock begin to brawl but Lesnar lays out the Universal champion with a massive German suplex. Roman high tails it as the Usos try their hand at Brock. They, too, are suplexed by the beast. Roman teases getting back in the ring, but thinks otherwise. Brock retaliates by hitting the F5 on both of the Usos. This was a fantastic segment.

AVERAGE: Kayla Braxton is backstage with Charlotte Flair. She asks how Charlotte will change her strategy heading to a new brand. Flair hypes herself up as the first overall pick of the women’s division and says that FOX made the right move drafting her first.

GOOD: Up next is Kevin Owens vs Happy Corbin. They play a pre match promo of Corbin introducing his newest associate, “Madcap” Moss. Moss tells jokes as he and Corbin laugh. This was overall a good enough match. The finish sees Moss distract Owens on the outside, which allows Corbin to hit the End of Days, or Happy Days as they’re calling it now. He hits a second Happy Days in the ring to get the win.

GOOD:Round two of the draft is underway. The round is as follows:

GOOD: Drew McIntyre has a backstage promo about being drafted to Smackdown. He says that this is new territory for him but he shouldn’t dwell on the past on Raw. He should look towards his future on Smackdown.

MUST WATCH: Edge is in the ring to address Seth Rollins’ challenge. Edge says that while he thinks of Smackdown as his home, he’s excited to go to Raw and face new opponents. Edge says that the only reason Seth wants a rematch is because he knows Edge isn’t at 100%. Edge says he’s on the road to 100% and demands Seth comes out. Seth, however, was not expecting Edge to actually show up and answer his challenge. This leads to Rollins revealing he’s at Edge’s house!!! Rollins sees the door is unlocked and walks right in. He admires Edge’s house as Edge frantically calls Beth Phoenix, telling her to not come home and get help.

AVERAGE: Up next is supposed to be Liv Morgan vs Carmella. Liv goes to injure Carmella’s face once again, but Carmella is irate and leaves to go to ringside. Attendants proceed to fix Carmella up with a custom face mask. She gets back in the ring and beats up Liv to end the segment. A decent segment but kinda odd considering I figured this was supposed to be a match.

GOOD: Round 3 of the draft continues. The picks are as follows:

GREAT: Up next is an 8 man tag team match as The Street Profits and the New Day take on The Dirty Dawgs and Alpha Academy. This was a really fun match. The New Day and the Profits win after the New Day hit their double footstomp combo from the rope on Roode.

GOOD: The fourth round of picks is underway. The picks are as follows:

GOOD: Jeff Hardy is interviewed backstage but is interrupted by Brock Lesnar. Lesnar reveals that thanks to Paul Heyman, Brock is a free agent.

GREAT: Roman Reigns is backstage and asks Paul about what just transpired. He asks why the Usos haven’t been drafted to Smackdown yet, to which Heyman says that it’s strategy. Roman demands Heyman go to Raw and make sure the Usos get drafted to Smackdown on Monday. He tells the Usos to go with him. If the Usos go to Raw, he wants them to take out Heyman.

GREAT: Main event time as Bianca Belair takes on Sasha Banks. Becky Lynch joins on commentary and is a highlight of this match. This was overall an excellent match. The finish was really cool too with Becky grabbing Bianca’s hair, which allowed Sasha to roll her up for the cheap win. A solid main event.

Overall, this was another entertaining episode of Smackdown. The draft has certainly shaken up the WWE roster in interesting ways, like spilling up the New Day once again and the NXT call ups of Austin Theory and Hit Row. Everything on the show with Roman and Brock was tremendous and the main event with Sasha and Bianca was great as well. Looking forward to the other half of the draft on Monday.