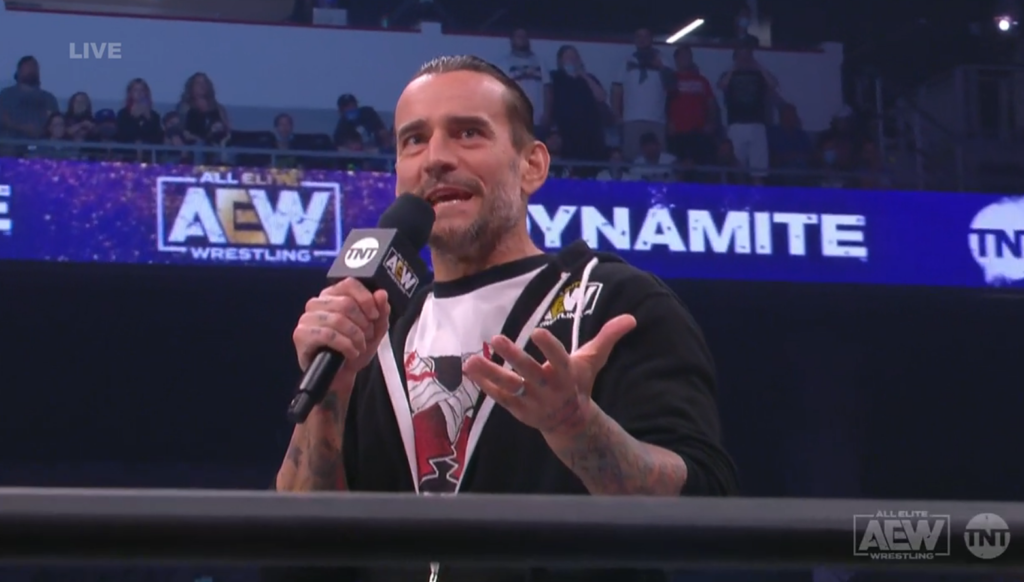 It is being reported that FOX were wanting to see CM Punk return to World Wrestling Entertainment (WWE) and were willing to help pay the bill for it to happen.

In 2019, CM Punk shocked the wrestling world by showing up on WWE Backstage on FS1 as an analysis, however he would always explain this was a deal with FOX and he had no contact with the WWE in any form at the time. During his time on Backstage, Punk would always state that he was happy with his time on the programme and with how FOX was treating him.

However, with Backstage being cancelled in 2020, this helped open the door for Punk to make a deal with Tony Khan and end up joining the AEW roster on August 20th 2021 at AEW Rampage – “The First Dance.”

Now it has been revealed by Dave Meltzer on the Wrestling Observer Newsletter that FOX were so eager to see CM Punk return to the WWE, that they were willing to help with funding his return to the company. However, the WWE stated to FOX that they were not keen for Punk to return to their company as well as they did not want to pay so much for him to return. That is when FOX stepped in to help assist with the funding for his return as they did not want Punk to end up appearing on AEW programming.

Still, the WWE did not budge on wanting to have CM Punk return to their company. It is believed that with Punk now appearing on AEW, that FOX’s reaction is that of being “Very Upset.” Also it had been reported that WWE’s response to Punk appearing on AEW was to bring back Brock Lesnar at Summerslam and he is currently a part of the Smackdown roster.

With AEW viewership as well as Pay-Per View (PPV) buy rates increasing after CM Punk’s return to wrestling, could this put strain on the WWE and FOX relationship?