Four matches were added to Ring of Honor Death Before Dishonor 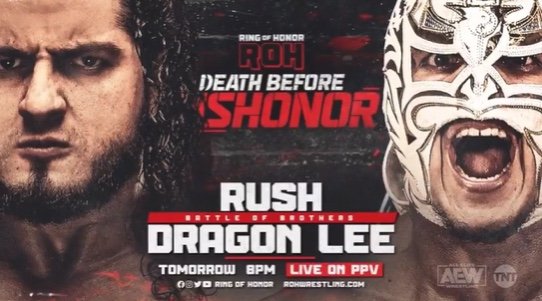 On the July 22 episode of AEW Rampage, more matches were announced for Ring of Honor death before dishonor, which will take place on July 23.

Three matches were added to the Zero Hour pre-show as well.

In a battle between brothers and faction teammates, Rush vs. Dragon Lee has been added to Saturday’s ROH Death Before Dishonor main card on pay-per-view.

This will be Lee’s first ROH match since last December’s Final Battle while this is Rush’s first ROH bout since a weekly ROH TV episode last September.

Rush is a former two-time ROH World Champion while Lee has held both the Tag Team and TV titles.

The pre-show will also feature Cheeseburger and Eli Isom against the Trustbusters, Ariya Daivari and Slim J.