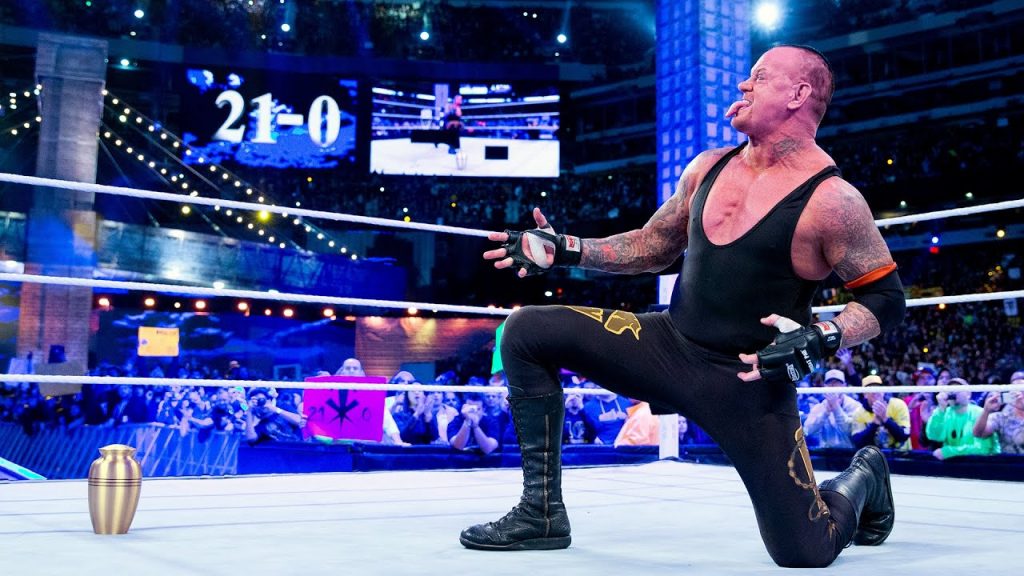 Former WWE head writer Brian Gewirtz took to twitter to list some of the ideas which were discussed during his time in the company. Gewirtz currently works with Rock in Seven Bucks Productions on shows like Young Rock and Tales from Territories.

Another plan involved John Cena loosing to Bray Wyatt via singing possessed child. But perhaps the most bizarre pitch was to introduce a long lost son of the Undertaker.

The idea was to reveal NXT Season 2 winner Kaval as the deadman’s child. The plan was turned down and we never got to see it playout. But it can be interesting to think how things could’ve played out if WWE had gone ahead with this idea.

Kaval,goes by the name Low-Ki and is a veteran on indie circuit. He has also earned huge plaudits for his work with TNA, ROH and NJPW. A large number of people believe he was underutilized in his WWE run and never got to show his potential.

He took part and eventually won NXT season 2 in 2010 where he was paired up with the team of Layla and Michelle McCool as his pros. Kaval won a title shot as a result which he invoked to face Dolph Ziggler for InterContinental Championship at Survivor Series. He lost the match and was thereafter released from the company in december. Situation could’ve been a lot different if Kaval had been Undertaker’s kayfabe son.