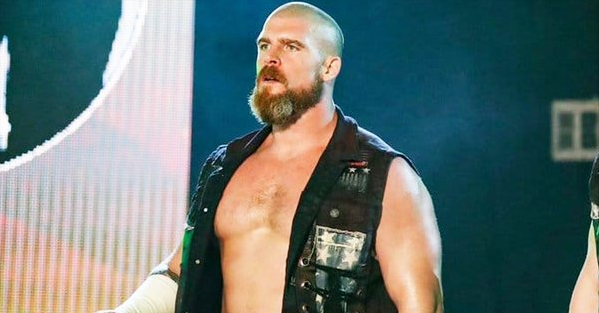 On tonight’s edition of Impact Wrestling, a vignette was played in order to introduce their newest superstar “Maclin“, formerly known as WWE Superstar Steve Cutler.

It had been reported throughout the day that a former WWE superstar was set to debut, however with the plethora of releases coming in short time, predicting who wasn’t so simple.

Perhaps one of the longest tenured NXT branded stars of all time, the former U.S. marine spent the better part of 6 years in the black and yellow brand. Gaining little to no traction in his first couple of years, he was able to turn to tag team action with the experienced Wesley Blake, forming the “Forgotten Sons” and eventually adding powerhouse member Jaxson Ryker.

As a group they were featured from time to time in decent television roles for NXT, the peak of which making it to the finals of the 2019 Dusty Rhodes Tag Team Classic. However, they would lose that match to Aleister Black and Ricochet.

Momentum returned to a hault for the trio until their debut on Smackdown shortly after Wrestlemania 36, most notably picking up a victory over The New Day, But a sudden decision thanks to controversy surrounding a tweet from Jaxson Ryker removed the team from TV, thus disbanding them.

Cutler had a small run months later alongside King Corbin, but was inevitably released on February 4th 2021.

Now joining his real life girlfriend Deonna Purazzo in Impact Wrestling, the newly named “Maclin” should receive the opportunities he has never been able to grasp before, which could unlock a new star in the business!