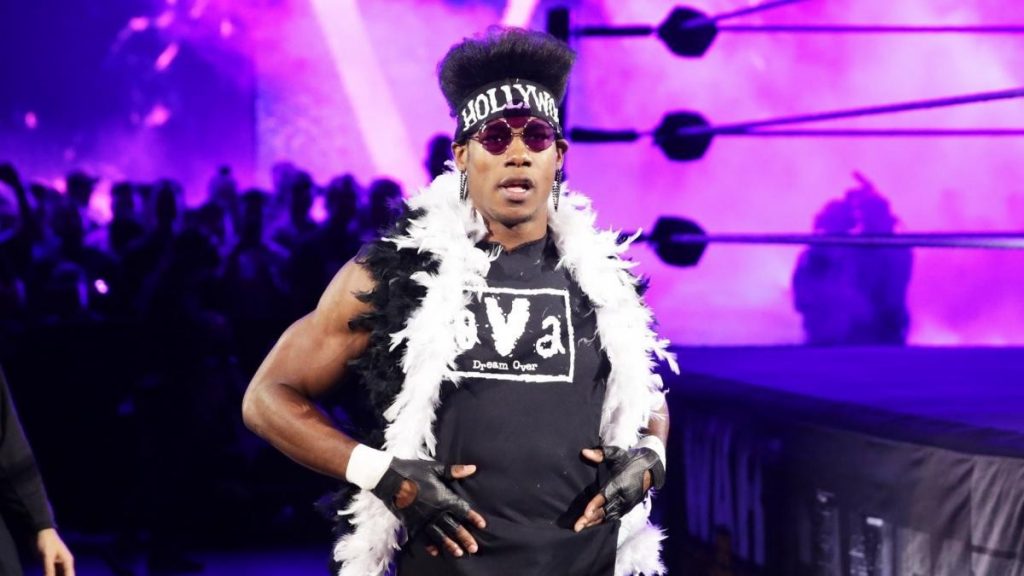 Patrick Clark (AKA Velveteen Dream) has seemingly admitted he consumed cocaine during his NXT days, which led to his previous WWE suspension.

Patrick Clark, most commonly known for most WWE fans as The Velveteen Dream, was one of the most successful superstars in NXT Black & Gold.

His original character and great in-ring talent were one of the main reasons why The Velveteen Dream became one of the top stars in WWE’s developmental territory. However, after facing some serious allegations against him, WWE decided to release him in May 2021.

However, some months after claiming he’s open for a WWE return, Patrick Clark might have gotten himself into another scandal.

A few days ago, Patrick Clark- who was arrested for cocaine possession in late August- tweeted recently that a few cocaine users are still under contract with WWE. However, Fightful’s Sean Ross Sapp revealed that WWE had decided to ‘quietly’ suspend Velveteen Dream for using cocaine during his NXT days.

Via Twitter, Sean Ross Sapp stated: “Well Velveteen Dream just outright admitted he and a bunch of NXT wrestlers were doing cocaine while on the roster Word always was he was quietly suspended for it while there.”

Word always was he was quietly suspended for it while there

It’s undeniable that Patrick Clark continues to fail in getting himself out of controversy. So, if things continue to go this way, it would be reasonable to think he’ll have to quit on his ambitions of returning to the squared circle.

Even though a lot of controversy is surrounding Patrick Clark right now, it is undeniable that his Velveteen Dream persona was one of the top NXT Superstars of that time.

During those days, Velveteen Dream managed to accomplish some interesting milestones on the Black & Gold brand.

We can mention his great rivalries with Johnny Gargano, Tommaso Ciampa, Ricochet and most notably Aleister Black, which awarded both men with the 2017 NXT Rivalry Of The year Award.

Additionally, he is the youngest and longest reigning NXT North American Champion, holding the title for 209 days.