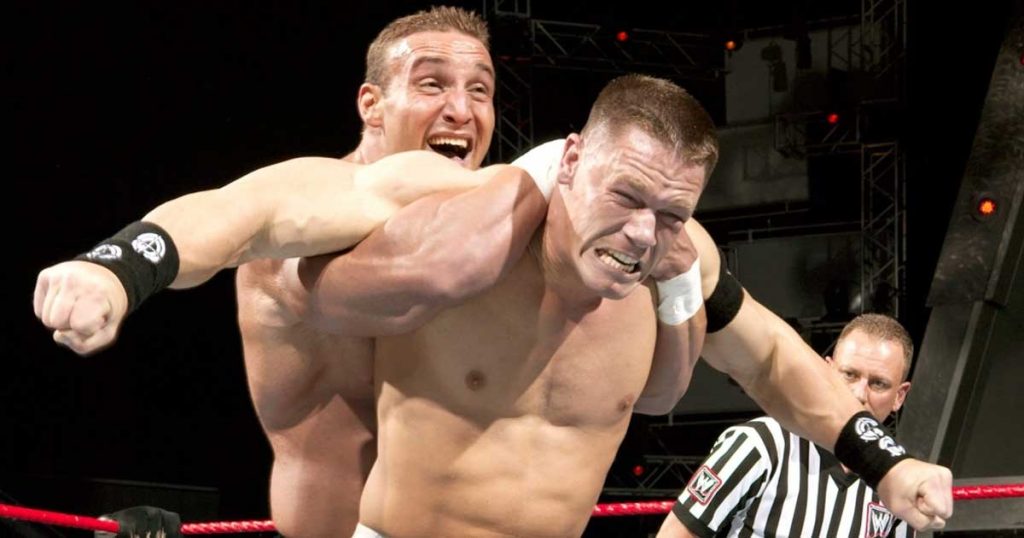 Former WWE Superstar Chris Masters has teased a possible return to WWE after 11 years. Masters posted a cryptic tweet hinting that he may appear at the Royal Rumble PLE.

WWE will be holding the Royal Rumble PLE on January 28th, 2023. The event traditionally sees a lot of legends and former wrestlers making a return in the 30-man Royal Rumble match. As the show approaches closer, the speculations about possible returns are ever high.

Ex-WWE and current NWA wrestler Chris Masters seems to be fueling the predictions about his own return. Masters who now goes by name Chris Adonis posted a video on twitter which seems to suggest he may take part in Royal Rumble.

The video is of his entrance from his latest match in Pakistan, which was also his last of 2022. Chris accompanied it with the signature Royal Rumble entrance countdown. He also tagged WWE’s twitter handle in the post.

Although Masters had previously stated that he doesn’t wish to return to WWE, this is not the first tweet from him about a possible return. He had earlier posted a similar video on December 11, which had the Royal Rumble titantron countdown and then followed it with his own video back from the time when he was in WWE.

Along with it, he wrote- “Give the people what they want @wwe #RoyalRumbe2023”.

The Masterpiece had previously worked with WWE during two stints from 2005 to 2007 and 2007 to 2011. He also appeared on TNA/Impact Wrestling and NWA under ringname Adonis.

Chris later went on to wrestle all over the world from UK and Canada to Australia, New Zealand, India and Pakistan. Only time will tell if Masters is just being witty or these tweets have some material behind them.