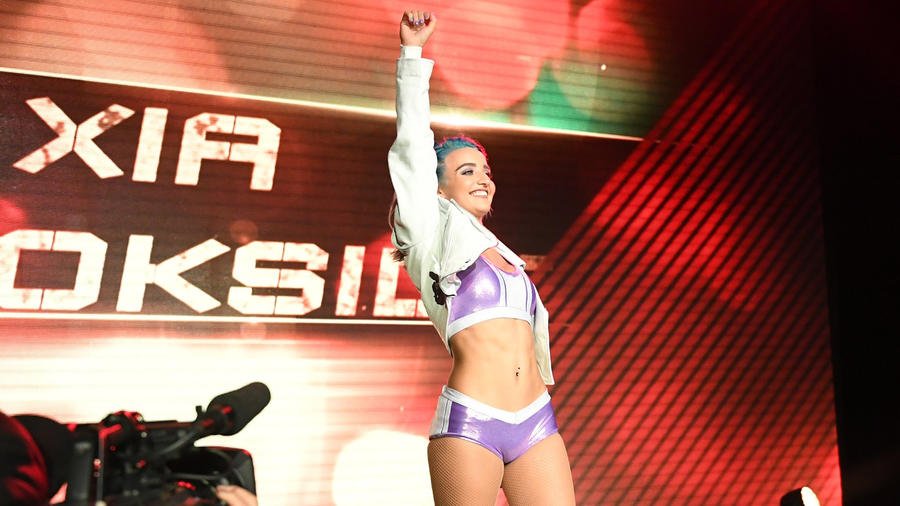 Xia Brrokside was a former NXT UK superstar before the WWE announced its hiatus. She is now hoping to make her WWE return soon.

Xia made her NXT UK debut back in 2018, during the Mae Young Classic, and was there until the hiatus in 2022.

When speaking with Riju Dasgupta of Sportskeeda Wrestling, Xia spoke about her feelings when the brand’s time came to an end.

Xia stated “For sure. It’s been the last four years of my life, and I feel like it’s been such a big part of my life. I debuted with the WWE when I was 18, 19 years old. I was still a teenager.”

She continues by saying,  “So much development happened in that time, and all of my mind happened on TV for everyone to see. We weren’t touring, doing live events. Everything that we did was filmed. Every show that we did went on TV. There wasn’t room for error. So any error or any things that didn’t go ‘right’, for example, they were on TV. I was learning on TV. It’s just crazy,”

“I’ve grown so much in that time that when it’s taken away from you, you’re like, hang on a minute…. I’m gonna hold my head up. I’m gonna do interviews like this and remind myself who I am, remind myself why I started wrestling.”

Xia finished by saying “because I feel like that’s the most important thing. Everyone has setbacks, but it’s what you do with them. One day, I hope to wrestle in that ring again. I hope to wrestle for the WWE, I wanna be in America. But there’s so many many things that I can do now too. I wanna go to IMPACT and wrestle Mickie James ….”

Only time will tell when and where Xia Brookside will return.