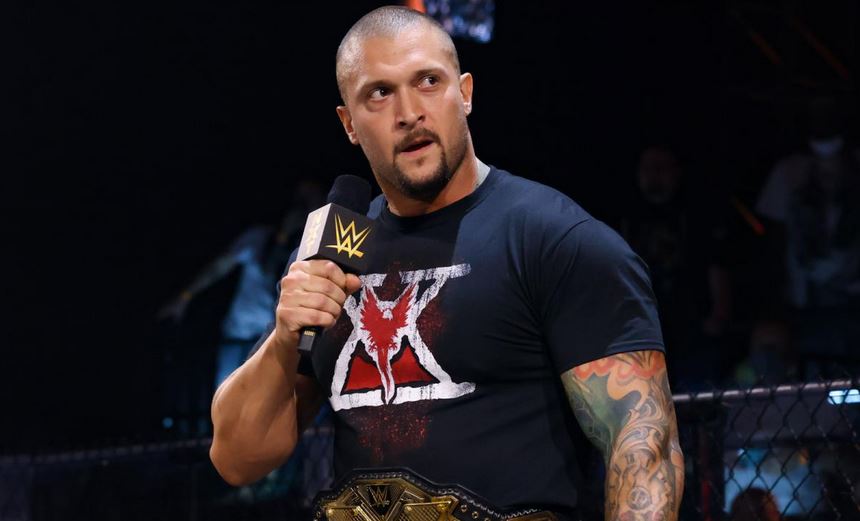 Former NXT Superstar: Karrion Kross has discussed about the hottest wrestler in the world……Hook.

Kross appeared on Highspots Sign It Live with fiancée Scarlett Bordeaux, in which he discussed many topics covering his time in NXT and the stars within AEW.

“No, I don’t think Kyle O’Reilly is underrated, we were always talking about like it’s not up to us, but if like, if ideally, we wanted to lose the belt to anyone, we were actually hoping it was going to be Kyle O’Reilly because it would’ve complimented his story arc. He was supposed to be the one that kind of broke out of Undisputed. We were building in that direction. We just would have been cool. Like they had me undefeated for, you know, like over a year and for me to put him over clean to pass off all the momentum, I think that would have been the best-case scenario in our opinion.”

Next, Kross would discuss his thoughts on Hook (Son of wrestling legend: Taz):

“Hook’s a great wrestler, I like Hook. Hook’s bad-ss. Send Hook every week.”