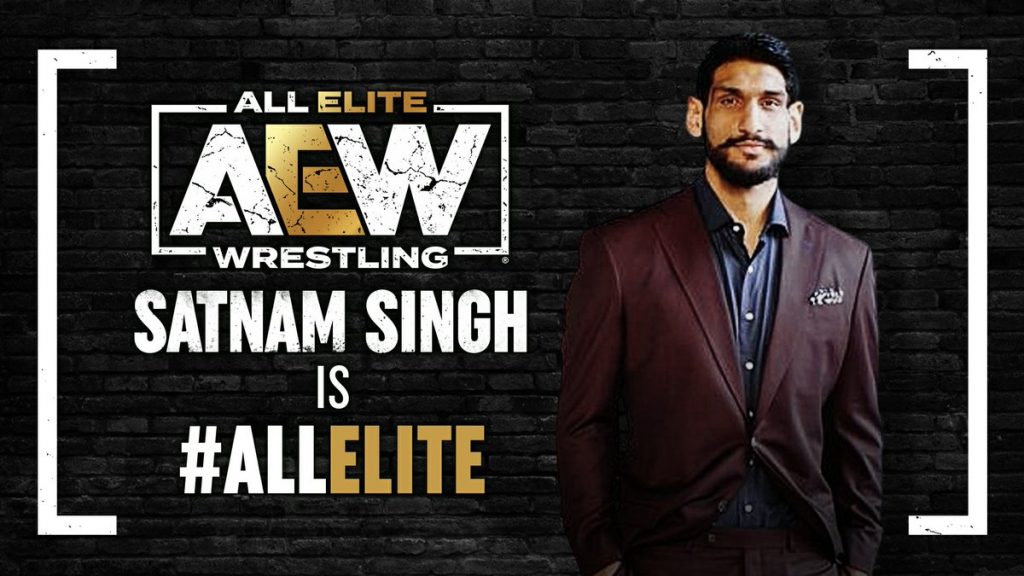 AEW has made some big additions to it’s roster over the last few weeks but this one may be the biggest of them all.

On Tuesday, the company announced the signing of former 7’3 NBA player Satnam Singh.

Satnam Singh is best know for being the first-ever player from India to be drafted by the NBA.

Singh was drafted by the Dallas Mavericks in 2015, becoming the first Indian-born player to be drafted into the NBA.

Singh 25, will report to the Nightmare Factory for training which is run by QT Marshall and Cody Rhodes.

This will not be Singh first time in a wrestling ring, back in 2017 he was spotted at the WWE Performance Center going thru performance drills.

“While we’ve recently secured some of the hottest free agents on the planet, I’m also deeply committed to cultivating our own homegrown stars and the next generation of extraordinary professional wrestlers,” said Tony Khan, CEO, GM and Head of Creative of AEW.

“In addition to Satnam’s commanding 7’3” stature, I was impressed with his high level of athleticism and charisma. He’s an exciting addition to our roster, and I’m looking forward to our fans getting to know Satnam’s personality and watching his development.”

Following a stint in the NBA G-League, he signed a deal with the UBA Pro Basketball League in India.

A year later, Singh played for St. John’s Edge in the National Basketball League of Canada.