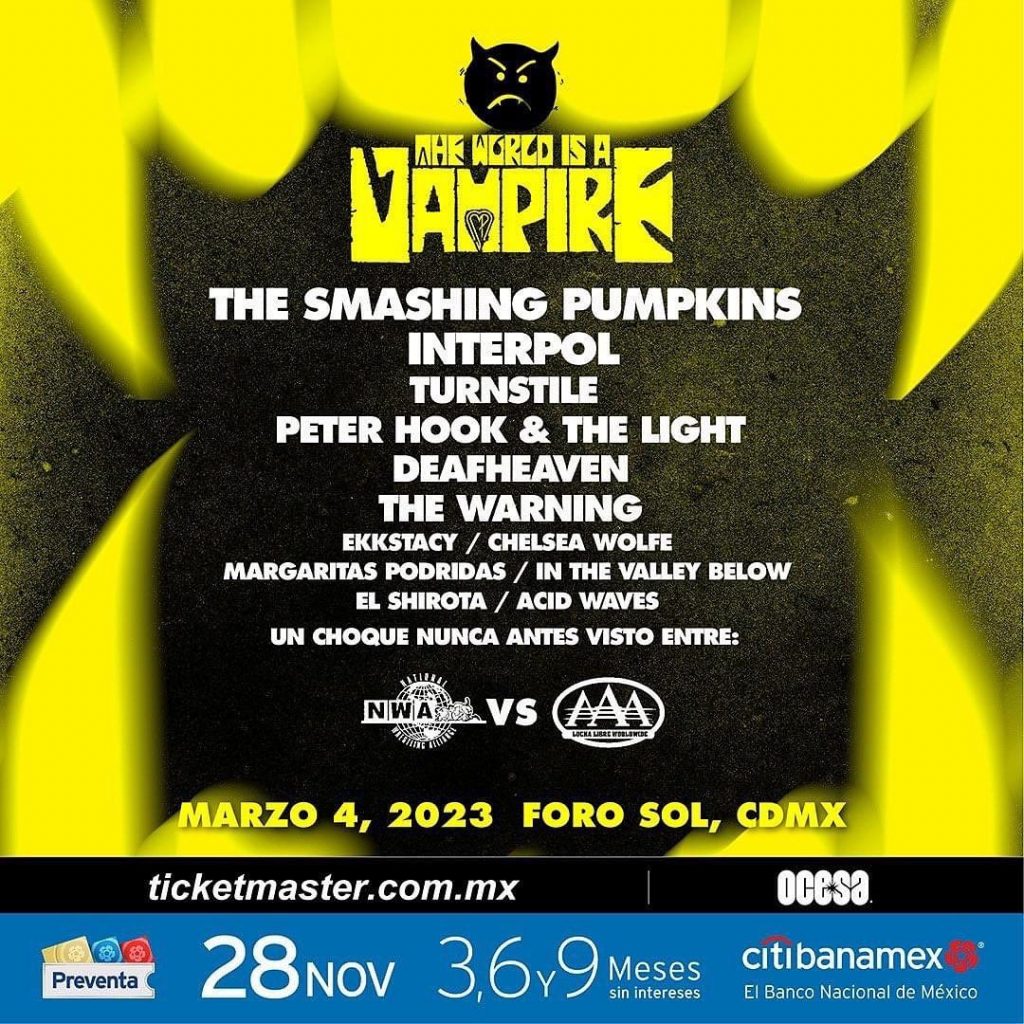 The Smashing Pumpkins’ Spirits on Fire Tour with Janes Addictions recently ended. The Hollywood Bowl in Los Angeles, California, hosted the tour’s final performance. Atum: A Rock Opera in Three Acts, the eleventh studio album from the American rock group The Smashing Pumpkins, was released in 2017. Act One of the Atum trilogies was released on November 15, 2022, Act Two on January 31, 2023, and Act Three on April 23, 2023. Three separate 11-track releases of the album will be made available. On their tour, the Smashing Pumpkins performed two songs, “Empires” and “Beguiled” from the upcoming Atum trilogy album.

On November 28, tickets for the presale go on sale, and the general public can buy them the next day.
The festival also features the musical performances of Interpol, Turnstile, Peter Hook & The Light, Deafheaven, The Warning, Ekkstacy, Chelsea Wolfe, Margaritas Podridas, In The Valley Below, El Shirota, and Acid Waves.

Matches and talent for NWA vs. AAA have not been announced.