Five Matches Which MUST Happen At SummerSlam 2021 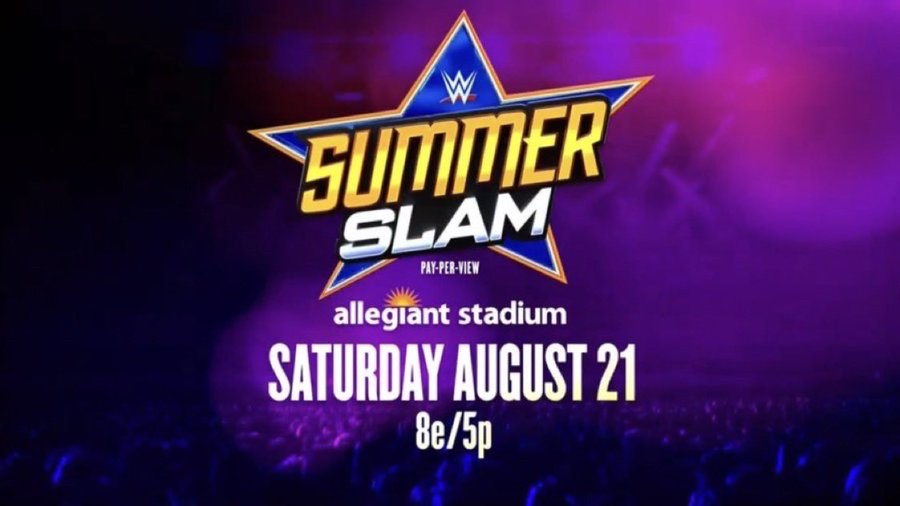 The Biggest Party of the Summer is quickly approaching, with WWE beginning to put in preparations for this year’s event. With the location recently being revealed as none other than the Allegiant Stadium in Las Vegas, which has a capacity of over 65,000, WWE MUST have several star-studded matches at this August’s show.

Interestingly, WWE will be putting on SummerSlam on the same night as the huge boxing match between Manny Pacquiao and Errol Spence Jr., which will also be taking place from Las Vegas.

If WWE are wanting to save their constantly-declining television ratings, having these five matches happen at this year’s SummerSlam could be the first step to reclaim fans lost throughout the pandemic.

Over recent months, WWE has been criticised for their use of their women’s division, with repetitive storylines and lack of focus on the majority of their rosters being a major issue with fans. WWE could easily solve this though by bringing Becky Lynch back in time for this year’s SummerSlam.

Becky Lynch hasn’t been seen on our screens for over a year, after she announced her pregnancy during an episode of Raw last May, relinquishing her Raw Women’s Championship to Money In a the Bank winner Asuka in a heartfelt moment. The Man may soon be coming back to WWE Television to reclaim the title she never lost though, and doing this at SummerSlam, the first pay-per-view to kickoff WWE’s return to touring, would be the perfect moment.

Rhea Ripley has made a splash in the Raw women’s division, defeating Asuka at WrestleMania to become the new Raw Women’s Champion several weeks after making her main roster debut. Ripley may have the huge roadblock in the form of Charlotte Flair at Hell In A Cell this month, however if the Nightmare is to retain her Championship, going up against former Champion Becky Lynch could make for a massive match.

Would you like to see this match at SummerSlam? Let us know your thoughts in the comment section down below!

Since making his return to WWE last year, many have called for what could be a ‘dream match’ between Edge and Seth Rollins. With hints of Seth turning back to a babyface in the not too distant future, SummerSlam may be the perfect place to make this happen.

Despite not being seen on WWE television since WrestleMania where he failed to win the Universal Championship against Roman Reigns and Daniel Bryan, Edge is rumoured to be contracted to at least three matches per-year, with an injury last year preventing him from competing in more matches, which he likely would have done.

Edge and Rollins have crossed paths in the past, most notably when Rollins threatened Edge’s neck to force John Cena into reinstating the authority, which was a highly praised segment.

The two have both expressed their interest in facing each other in the past, and with previous run-ins creating a feud ready to go, why not execute it at SummerSlam?

Would you like to see this match at SummerSlam? Let us know your thoughts in the comment section down below!