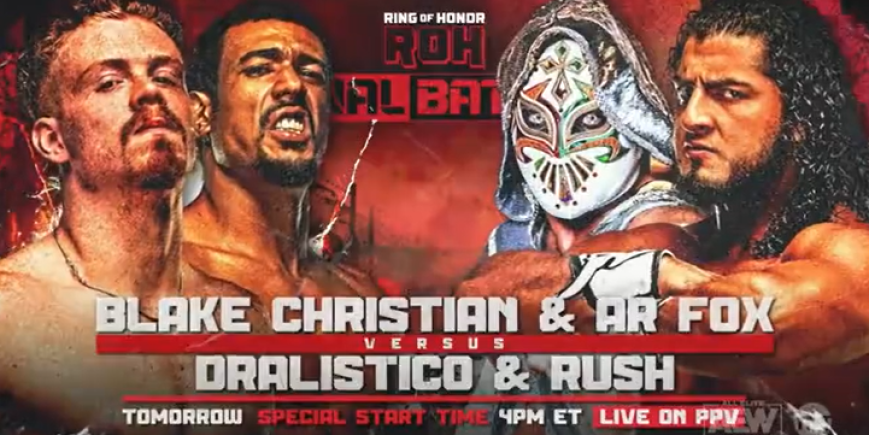 Multiple matches have been added to ROH Final Battle and the Zero hour.

The Kingdom (Matt Taven and Mike Bennett), who took part in the AEW Rampage episode from December 9 that made the announcement, will compete on the Zero Hour pre-show against Top Flight (Dante and Darius Martin). Additionally, former ROH World Television Champion Jeff Cobb will compete against Mascara Dorada, and Willow Nightingale will fight Trish Adora. The Shinobi Shadow Squad (Cheeseburger and Eli Isom) will face 2point0 (Angelo Parker and Matt) in another match added to Zero Hour.

Rush will also participate in the main card, teaming up with Dralistco against Blake Christian and AR Fox. On a phone call with Jose, The Assistant, Dralistico, and Rush on Wednesday, Rush teased his brother’s arrival in AEW via Twitter. In August 2017, Dralistico participated in a match for ROH. The brothers Rush, Dralistico, and Dragon Lee frequently compete for AAA.