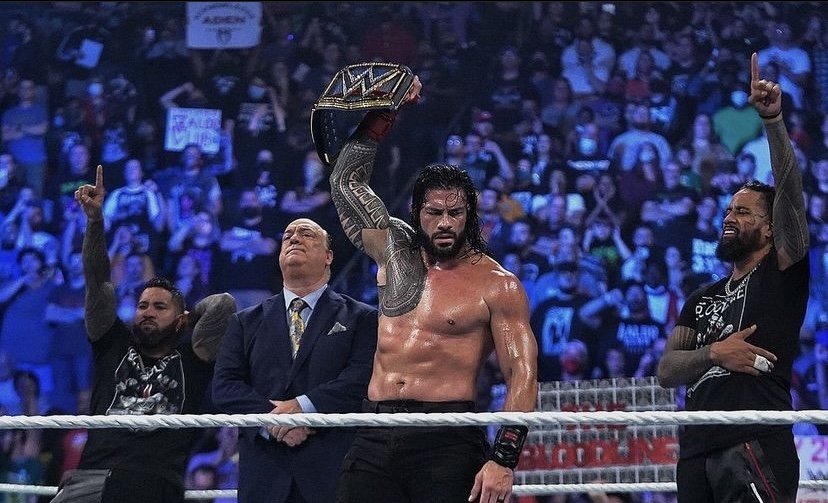 GREAT: The New Day defeated Bobby Lashley, AJ Styles & Omos in a great six man tag to open the show. This came about after the six got into a brawl on the preshow due to their feuds going on Raw. Lashley, Styles & Omos seemed to have it won until miscommunication caused Styles to eat a spear from Lashley and that allowed Big E to pin Lashley for the win.

MUST WATCH: The Usos defeated the Street Profits in an absolutely fantastic tag team match to retain the Smackdown Tag Team Championships. The story in this match was that Montez Ford was limited due to his injured ribs. This match hit all the right spots.

Result – The Usos Retain By Pinfall

GREAT: After the match, Alexa Bliss had a meltdown due to Flair destroying Lily, Alexa Bliss’ doll. She began crying and screaming hysterically. This seemed to be the end of Lily and moved forward Bliss’ character very well.

GOOD: Damian Priest defeated Sheamus and Jeff Hardy in a very good match to retain the United States Championship. The match was very exciting and only hurt by the fact Priest botched twice.

MUST WATCH: Bianca Belair defeated Becky Lynch by disqualification after Sasha Banks made her return to attack Belair. This match was fantastic and very well paced, with the crowd going wild for both women.

GREAT: After the match, Banks continued to attack Belair and then made her way to Lynch. The crowd did not seem upset with the DQ finish, which means they pulled this off great.

GREAT: Roman Reigns defeated The Demon Finn Balor in the match of the night to retain the Universal Championship. This match was nearing five star territory, until with about 2 minutes to go in the match, Balor’s music started playing, signifying the heartbeat of The Demon & he got straight up and started attacking Reigns. When Balor got to the top rope for a Coup De Grace, the ropes collapsed, which made him fall & get hit with a spear. Very strange end to an otherwise flawless match.

Overall, this was a very, very good show, despite the last two matches not having fantastic finishes. The action in this show was very consistent and not a single match disappointed, as even the worst match was still very enjoyable. This was one of WWE’s better paced pay-peere-views this year, which was good considering that SummerSlam was poorly paced. The best match of the night was the main event, but the best match of the night with a great finish was the Smackdown Tag Team Championship match.