EXCLUSIVE: Warrior Wrestling Reveal Why The Stadium Series Was Cancelled 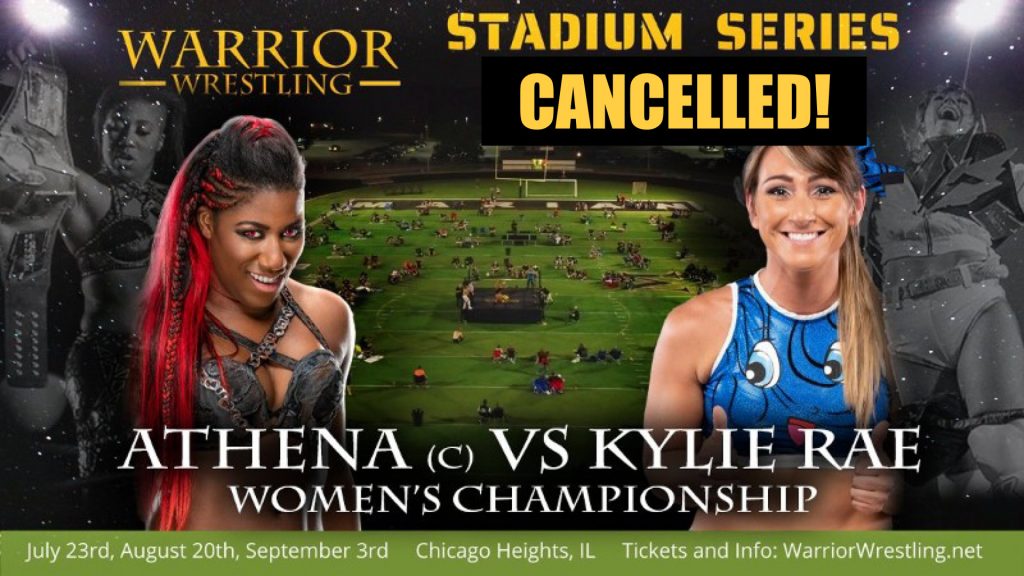 Warrior Wrestling have exclusively told Wrestling Republic that the Warrior Wrestling Stadium Series 2022 was cancelled due to personal issues in the owners life, along with issues surrounding staff burnout and disappointing ticket sales.

“Happy to be as transparent as possible as can be” Steve Tortorello stated. “It’s the combination of some business things and some personal things. So on the business end we had been running so many shows. We did seven shows in six months, which is a lot for us because we all have full time jobs and families, and a lot of our team has kids.

We’ve been touring around the mid-western, United States, we were in Grand Rapids Michigan, and we were in South Bend Indiana twice, then in Indianapolis, then in St. Louis MO, and so then we came back and did a show in downtown Chicago across right the united centre. We were just working ourselves so hard that we kind of got over our skis so to speak, in a sense of we didn’t we didn’t leave ourselves enough time to properly promote the stadium series. I don’t know that we put together the right combination of what our audience wanted to see, and then on top of that it was only three weeks after a show that we had done in the area across from the United Center at Warrior Wrestling 24.

So I was actually on family trip for week in early July and I got back and our ticket sales numbers were not where we needed them to be” Tortorello revealed. “A couple other business indicators showing that this not clicking with us, and then we had some burnout among our staff at Warrior. and then on top of that that learning literally the same day my wife, who was five months pregnant at the time, came down with a nasty case of COVID.

So we were seven days out from the show and I just thought “Well alright my wife has COVID right now, I’m probably gonna catch COVID in the next couple of days, how do we run the show if I’m out sick with COVID”. Can I run it remotely by assigning things to other people? but the rest of our staff is burned out and over stretched right now. The business indicators are not looking great for this show. “

What Matches Were Suppose To Take Place At The Warrior Wrestling Stadium Series?

Steve Tortorello went on to further detail what made him make the difficult decision to cancel the Stadium Series.

“Another personal thing is that we were in the middle of selling a house and moving in, and this all hit in the same five hour span. I sat down trying to figure out to put all the finishing touches on the show next week. and then it just hit me, we can’t do the show next week. There were too many things that could go wrong. or that we are stretched too thin, we just can’t do it. The last thing we want to do is just power through because we said we were going to, and end up not doing good business, and not pay the wrestlers what they are owed or hurting our staff, or if I was off sick forcing others to do stuff I would be doing to run a show, so we decided we just had to let this one go.”

Warrior Wrestling will return from its hiatus on October 2nd for ‘Warrior Wrestling 25’, which will take place from Chicago Heights. The show will feature AEW star Eddie Kingstin taking on Calvin Tankman, The Briscoes taking on the Rascalz, and more.