EXCLUSIVE: No Mercy Wrestling CEO Comments On The Creation Of The Combat Legacy Title 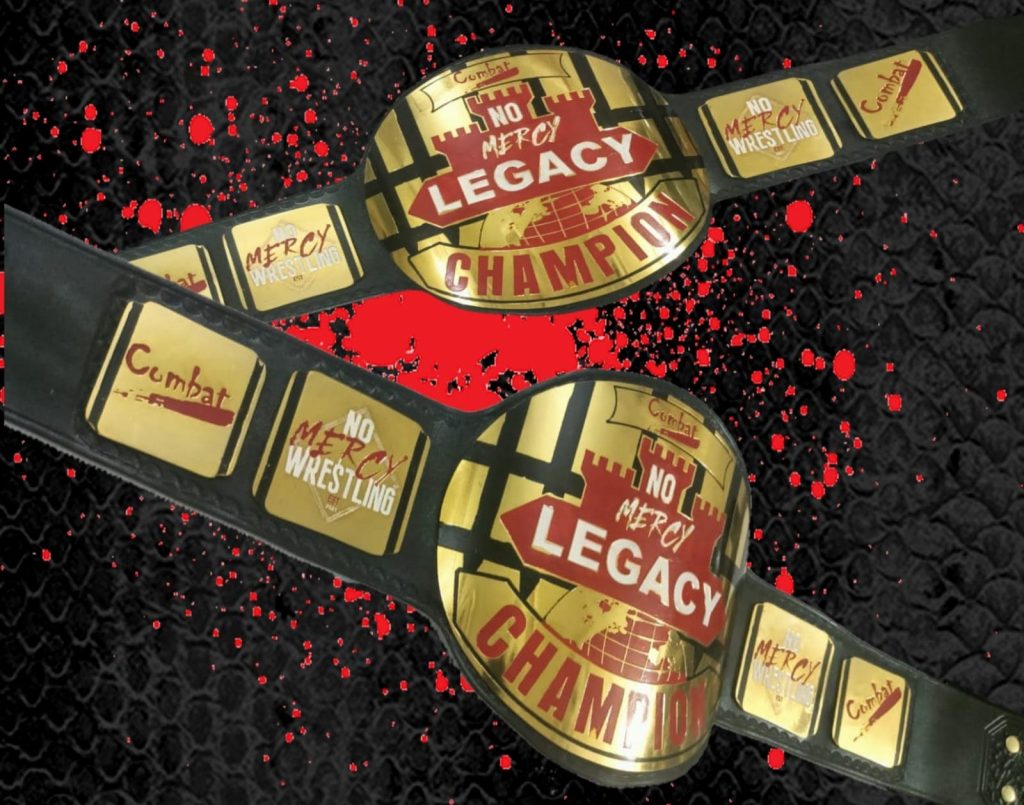 No Mercy Wrestling CEO Bevan ‘The Bastard Son’ has recently commented on the creation of the Combat Legacy Title, naming their partnership with Combat Clothing as a key factor.

Bevan ‘The Bastard Son’ is the Owner of the rising Welsh promotion No Mercy Wrestling. After coming up with the idea of starting his own promotion during the global pandemic, Bevan has done a great work in leading No Mercy to a successful first year of existence.

During these past few months, No Mercy Wrestling has grown to the point of having a very talented roster that competes actively for their first and only championship to the date, the Combat Legacy Title, currently held by ‘The Brilliance’ James Ellis.

While speaking to Soul on the final episode of The Soul Sessions for this year 2022, Bevan ‘The Bastard Son’ reflected on the how the partnership with a martial arts and pro wrestling gear company became a key factor for the creation of the Combat Legacy Title.

About this, Bevan ‘The Bastard Son’ said: “So there’s a company called Combat Clothing who just started up in the last six months or so. The guy who runs it started creating martial arts wear and he’s a huge wrestling fan.

So he came to us and he was like ‘Look, I want to branch into making pro wrestling gear and that kind of things. Would you be interested in working together?’ And I was like ‘Yeah, absolutely’. So he created our No Mercy Dojo training wear. We have a whole arrangement of training wear for our trainees.”

In addition to what he stated before, Bevan opened up on how he wanted No Mercy Wrestling to be the most professional and legit as possible. When referring to this, he said:

So, I created the training wear brand with him and then he moved into making gear, which a lot of my guys took advantage of. A lot of wrestlers in the UK are now taking advantage of, which is good.”