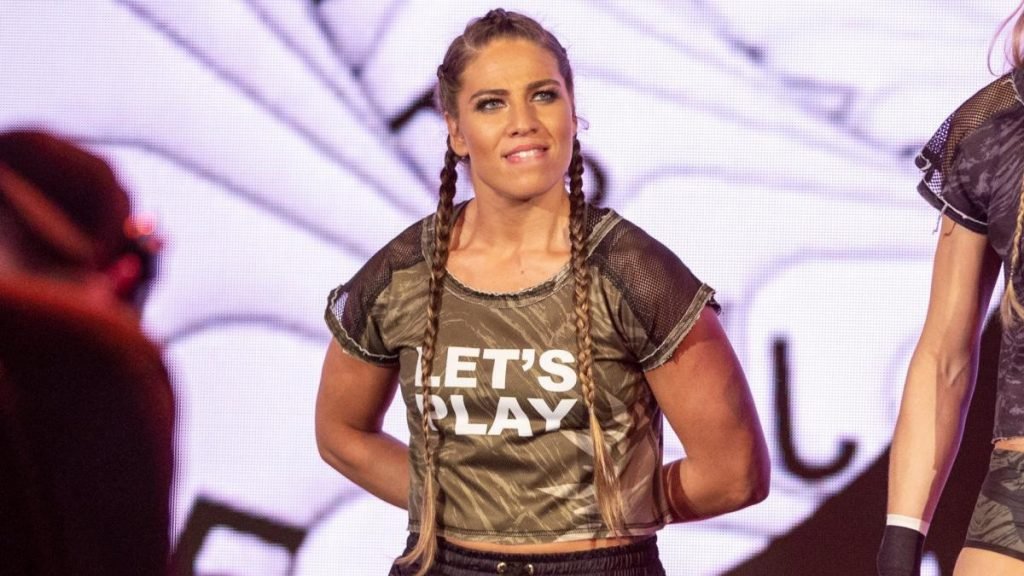 Recently Wrestling Republic’s own Eric Novak interviewed Marina Shafir on the All Real Wrestling Podcast. During the interview, Eric Novak asked the former NXT star how she felt about WWE’s short lived Raw Underground back in 2020.

For those of whom who don’t know, or just flat out forgot, Raw Underground is a former segment on Raw that started in mid-2020 and didn’t last very long. RAW Underground featured scripted shoot fights and even introduced some NXT stars, like Shafir herself to the main roster. Some other names to appear on Raw Underground include Jessamyn Duke, Commander Azeez (under the name Dabba Kota), and former Raw Tag Team Champion, Omos.

“I want to talk to you about Raw Underground where there was a lot of potential. You were featured there many times and you looked great. What did you think of Raw Underground?”, asked Eric.

“I obviously loved it because it was right up my alley. I couldn’t love it so much to be disappointed. I never got a direction but I also felt like I didn’t have an avenue to take direction there. If you watch Jessamine debut on Raw Underground and I was like her buddy. I was wearing a bucket hat, a tank top, and a high waited skirt. I ended up choosing to wear that because I wanted to look like I came from a midnight farmer’s market and now I’m in a fight club. I wanted to look like a mom that was in a fight club but a mom who knows how to fight and no one was going to say sh*t. Like i got to flip a b*tch was awesome.”

Since being released from WWE, Shafir has wrestled a couple of times on the indies, however hasn’t done too much since. We here at Wrestling Republic hope more eyes fall upon Shafir, as she really is one of the more underrated women of our generation.