EXCLUSIVE: Legacy Comix Owner Opens Up About Comic Adaptation Of ‘The Ballad Of Gia & Frankie’ 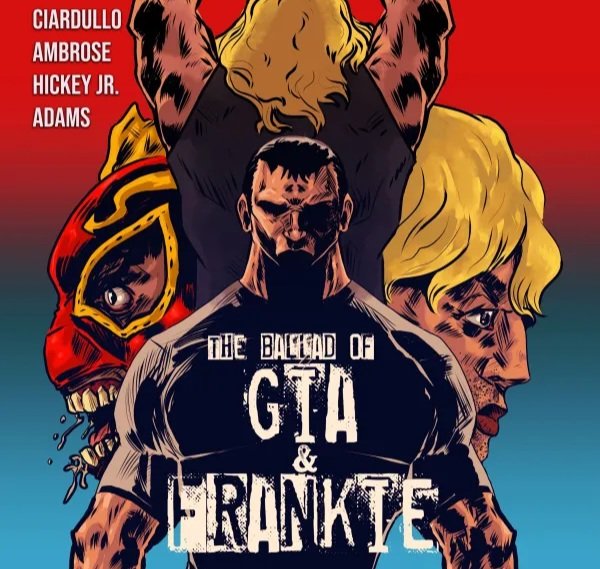 Legacy Comix & Jambone Pictures have recently joined The Soul Sessions to comment on the comic adaptation of ‘The Ballad of Gia & Frankie’, as well as revealing the reasons why they decided to bring the story to comic format.

Back in late 2019, the entire pro wrestling community witnessed the premiere of a documentary film that revealed the tragic and dramatic story of two up and coming wrestlers.

The ‘Ballad of Gia & Frankie’ -who narrates the true story of Gia Savitz and his rival Frankie Firestarter, as well as the mysterious disappearance of one of them- has reached a huge level of success that allowed them to associate with Legacy Comix to bring the story to a comic format.

While speaking with Soul on the Season 2 Premiere of Wrestling Republic’s Soul Sessions, Legacy Comix Owner Patrick Hickey Jr. took the opportunity to comment on the current direction of the comic and the reasons that led to this new partnership. When referring to this, he said:

“This is going in a completely different direction. So yeah there is definitely like a thriller element involved  in this comic. This is really like behind the scenes, I remember when the Jambone people pitched me. I had a co-owner at the time and I watched the documentary and I’m like ‘Okay, first off I’m in because any opportunity to do another wrestling comic that works. So that, I was already in’.

So now I’m like okay, the best part of this documentary is that on its own it stands tall, people will enjoy it by itself. But you know I feel like I can make a comic that will make people want to watch the film, and then people could watch the film and still want to read the comic. So there’s a crossover, no one’s going to be stepping on each other’s toes and it’s going to be great.”

In addition to what he stated before, Patrick moved on to explain how the partnership with Jambone Pictures started. When reflecting on this, he said:

And I was like ‘Listen, they want to meet with us, you never say no to the meeting. You always have the meeting’. So then we have the meeting and at the end of the meeting I look at him and he’s just like ‘They’re really nice’. So then he went from absolutely not wanting to do the book to ‘Okay, let’s do it.’