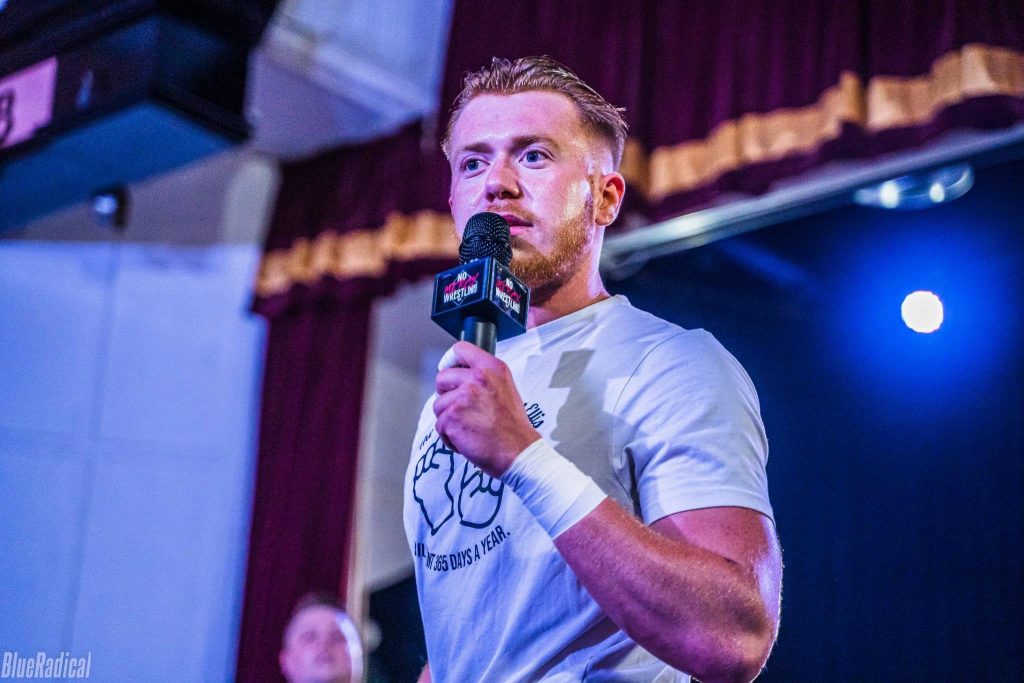 James Ellis has recently commented on his experiences with local promotion Welsh Wrestling, praising the importance of the crowd on its shows.

James Ellis is actually one of the biggest rising stars in the entire Wales’ Independent wrestling scene, wrestling for many important indie promotions across the UK and defending his recently-won No Mercy Combat Legacy Championship.

With just 25 years of age, James Ellis has built a huge reputation for himself and continuously amazes fans with his great performances. Showing everyone why he is ‘The Brilliance’ and why he’s always ‘Good as Gold’.

While appearing on the latest edition of The Soul Sessions, where he joined Soul to address many interesting aspects of his career so far, James Ellis took the opportunity to comment on his experiences with one of the top pro wrestling promotions in Wales, Welsh Wrestling.

When asked if he had the chance to get into the ring with some of the promotion’s top stars, James Ellis said: “Yes, I have. I’ve actually teamed with Kid Cymru. I wasn’t ‘The Brilliance’ that day, I was just James Ellis. When you’re at Welsh you don’t work under the name you usually work, you work under something else depending on the crowd.

But it’s a cool little quirk when you go there, it’s a different experience. Welsh Wrestling, and I’ll be honest, it’s one of the best things. It’s an entity all in its own in terms of the crowds they pull and the amount they run, and I’ve enjoyed my time wrestling there.

I wrestled there a couple of weeks ago, actually. It was in Bala in North Wales, so it’s about four hours from where I live. It was a long day but it was a good experience, I enjoyed it.”

James Ellis & His Thoughts On The Environment That Welsh Wrestling Offers

In addition to what he stated before, James Ellis praised the environment of Welsh Wrestling’s shows, claiming it is a very good place to learn how to work with different types of crowds. When reflecting on this, James Ellis said:

“It’s a completely different environment, but it’s also a really good place to learn how to work crowds. A lot of the time they are there because as you said if it’s on resorts, it’s just entertainment for an hour. So, they’ll just go and watch it because some of them may not be wrestling fans, some of them may be, but you got to learn to get them involved.

And that can really help with your confidence. And you take in onto shows that you’re on, where it’s either a more hardcore wrestling crowd or again it’s a family crowd but they’re just coming to watch because it’s something to do on a Saturday night or a Sunday night. It just helps you educate them when you’re in the ring.”