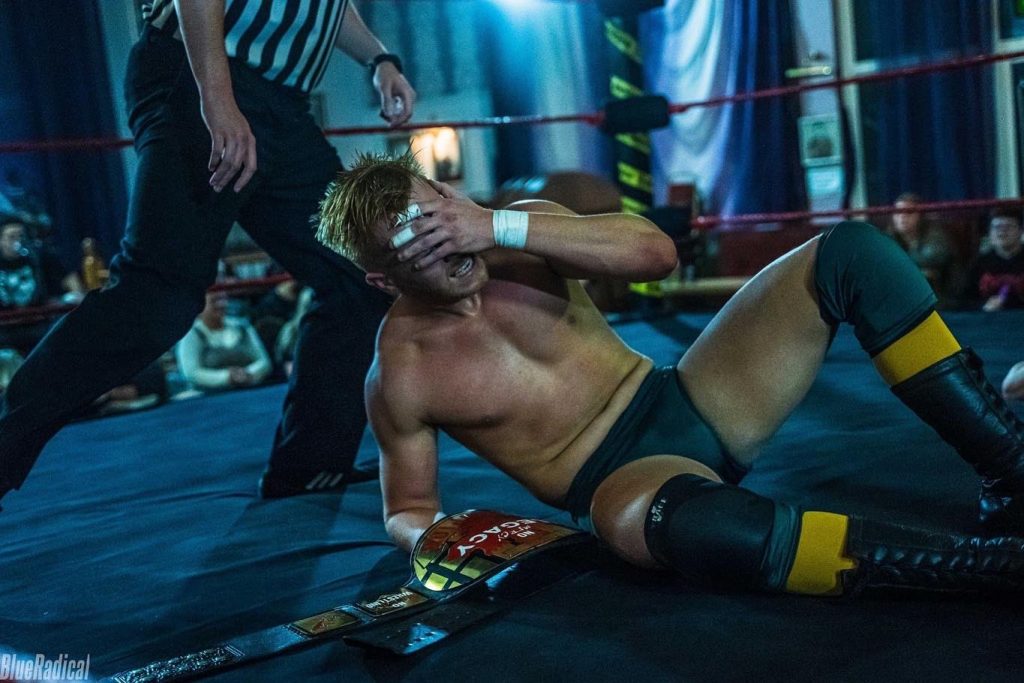 Welsh wrestler James Ellis has opened up on his recent title win, which saw him becoming No Mercy’s first-ever Combat Legacy Champion.

“The Brilliance” James Ellis is currently a huge rising star in the entire UK independent wrestling scene. Being only 25 years old, James Ellis has already amazed many indie promotions throughout Wales and the UK with his amazing in-ring talent and outstanding mic skills.

After wrestling in almost every show of the brand new UK-based wrestling promotion No Mercy, James Ellis got the opportunity to solidify himself when he won a 5-Man Gauntlet Match to become the first ever Combat Legacy Champion.

During the latest edition of The Soul Sessions, James Ellis joined host Soul to discuss his recent title victory and another variety of topics. When consulted about his thoughts and future plans as No Mercy Wrestling’s first ever Combat Legacy Champion, ‘The Brilliance’ said:

“I was the first champion for that company and, as a new company, I appeared on nearly every show and it was nice that the trust was put in me to carry that belt as the first-ever champion. And the first I beat for it is one of the best in the UK as well. Danny Jones, made the stone, El Campeón it’s like, he’ll get that, just a little thing we say.

And yeah it was such a very big honor to, you know, actually I defended it not only at No Mercy but like, I took it over to another company called Pro Wrestling Chaos. I’ve defended it there and you know, if more opportunities come out, I’ll defend it anywhere. And like just help that brand out, cause they helped me out by giving me opportunities to be on their shows.”

In addition to what he stated before, James also took the opportunity to reflect on how proud and honored he feels of being No Mercy Wrestling’s first ever Combat Legacy Champion. When Soul asked him about this, he said:

“Yeah it’s an honor cause I just feel like a little bit of pride in that belt, I’m the champ so I need to you know act in a certain manner and show people why I am ‘The Brilliance’ and I’m always good as gold. Literally good as gold, cause I got gold around my waist now. And yeah, it did mean a lot to me.”