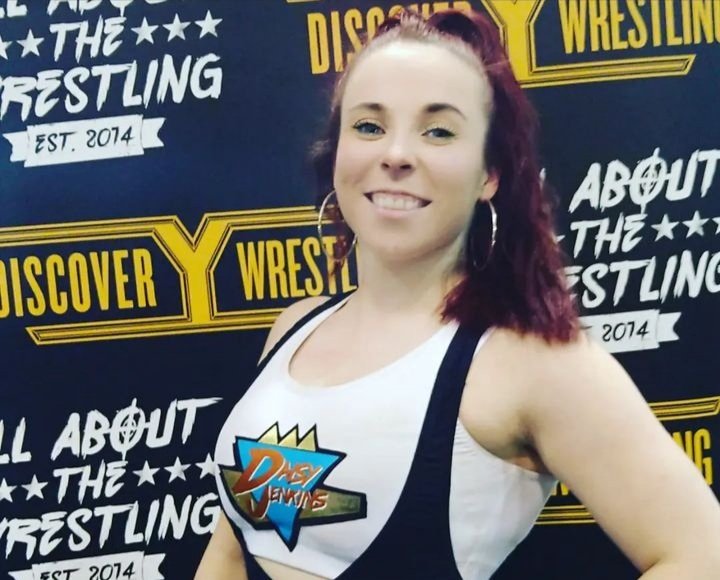 Daisy Jenkins has recently commented on her time wrestling for ICW, claiming it was special for her to be featured in the WWE Network.

Daisy Jenkins is undoubtedly a huge rising star within the entire Scottish independent pro wrestling scene. During this time, Daisy captivated fans with her in-ring talent and original 80’s inspired gimmick while wrestling at important Scottish promotions, such as FPWA and ICW.

She has also worked with some of the biggest rising stars in Scotland while appearing at the ICW Fight Club events. Additionally, Daisy is currently scheduled to face the reigning ICW Women’s World Champion Molly Spartan tomorrow night, as well as recent Soul Sessions guest Ashley Vega on December 1st.

During a recent appearance at The Soul Sessions, Daisy Jenkins joined host Soul to talk about many aspects of her in-ring career so far. In one of these she gave her thoughts on her time working for the ICW, which currently streams their shows on the WWE Network.

When Soul asked her what it means to see her work on the WWE Network, she said: “Everything. I still actually can’t quite believe it. I try not to think about these things too much, because I’m just like pushing forward to, you know, continue to try and be the best that I can be.

But when I do take a moment, and I feel like, you know, go on to the app, taking a watch things back. And it’s a strange feeling, because I don’t quite believe that it’s me, but I’m very very proud of it.”

Daisy Jenkins On Her Close Ones’ Support Throughout The Year

In addition to what she stated before, Daisy commented on how much it meant to her that both family and friends were also able to see her work. When reflecting on this, she said:

“Probably like my proudest moments are happening this year, continuing to happen and it’s just going from strength to strength. But yeah, it’s a bit matter of what I love of them, for family and friends in America and Canada and stuff. So the fact that they were able to watch it on such a big platform as well was very special for me.”