EXCLUSIVE: AEW Is The Title Sponsor For The KultureBALL 2022 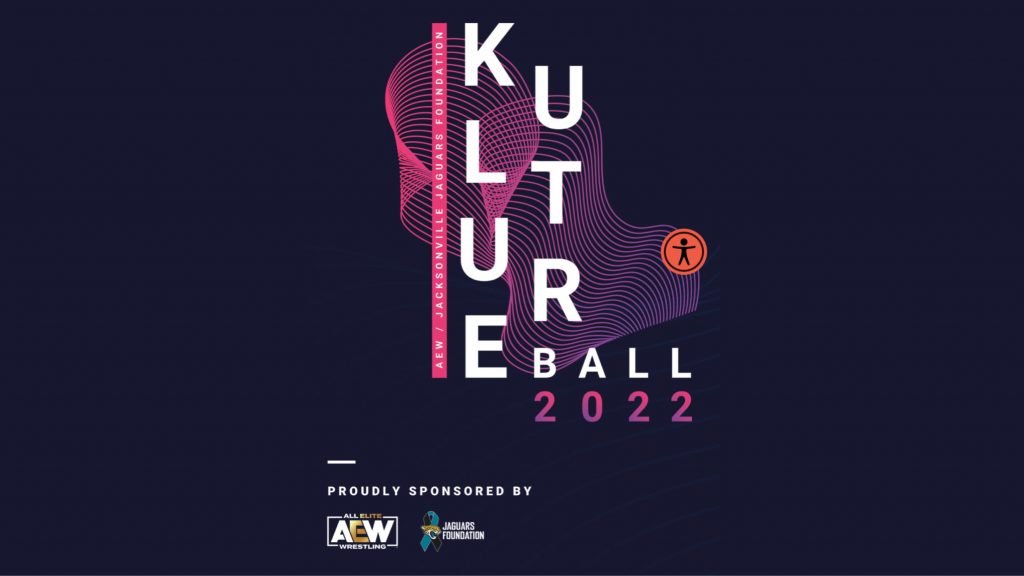 Wrestling Republic have learned that All Elite Wrestling, along with the Jacksonville Jaguars, are the title sponsors for The KultureBALL 2022.

The KultureBALL is an annual star studded event hosted by KultureCity, where celebrities and philanthropy walk hand in hand to promote acceptance, sensory inclusion and to raise funds for programs benefiting individuals with sensory needs and invisible disabilities such as PTSD, Autism, Dementia, Down Syndrome, and more.

This years event will take place on August 27th in Birmingham, Alabama.

AEW first partnered with KultureCity back in 2019 ahead of their inaugural Double Or Nothing event in Las Vegas, with the aim of becoming the first sensory inclusive wrestling promotion in the world. This meant that fans with a range of different sensory needs could attend an event they otherwise may not have been able to.

KultureCity have directly told Wrestling Republic that AEW are ‘super committed’ on becoming ‘the most inclusive wrestling company in the world’.

Brandi Rhodes, who left AEW earlier this year, was originally in charge of the partnership from the AEW side. However as we previously exclusively reported, Brandi leaving the company had not harmed the partnership with Tony Khan, Amanda Huber and Leva stepping in to ensure the partnership continues long term.

We were specifically told that Tony Khan is ‘Very committed’ to the partnership as it was the ‘bed rock of AEW’ since it was announced back in 2019.

With one in six in the United States experiencing sensory issues, sensory inclusion is vital. Here at Wrestling Republic we are very glad to hear that the partnership between AEW and Kulture City is continuing, and thrilled to learn about AEW becoming the official title sponsor for this years KultureBALL event.