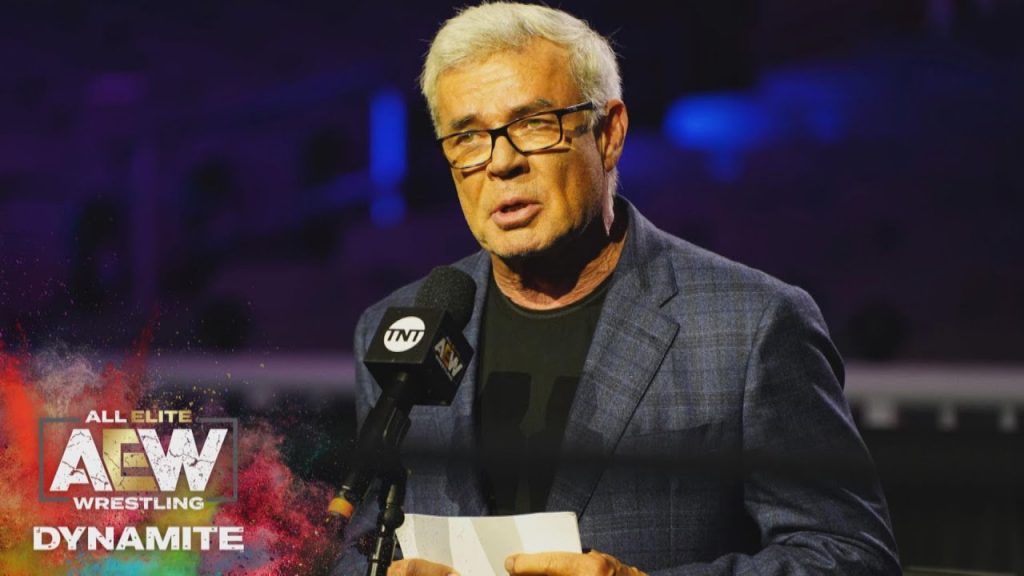 Erik Bischoff doesn’t think WWE should resign CM Punk because he’s lost the mystique that surrounded him from leaving WWE in 2014.

It’s been months since the All Out brawl between CM Punk and The Elite, but the investigation is now closed. Rumors and promos indicate that The Elite will be back on TV soon, but the same isn’t said of Punk.

Reports indicate that CM Punk’s days in AEW are done, with the company in negotiations to buy out his contract. Along with these reports are rumors that CM Punk could be heading for one more run in WWE.

It would be the first time he set foot in WWE since 2014. Triple H has reportedly softened on the idea as well, so it’s not out of the realm of possibility.

However, one legend doesn’t see any value in CM Punk returning to WWE, and he doesn’t think it should happen.

Eric Bischoff has been critical of CM Punk for over a year and has always been outspoken in his beliefs. He recently spoke about the idea in an interview with Wrestling Inc.’s Dominic DeAngelo, Bischoff had this to say.

“I don’t know what Paul Levesque is thinking, I don’t know what their plans are, their strategies are, so I have no idea. I can tell you from my perspective, I wouldn’t touch him with a 10-foot pole. I think CM Punk had a mystique because of WWE, and because of the pipe bomb interview, and because he walked out, that created this aura and mystique that Tony Khan brought to AEW and took advantage of for a minute, said Bischoff. “Once that mystique was gone, once you kind of let that air out of the balloon, and now you’re just performing every week, I didn’t see it in Punk. I just didn’t see it in him as a character, I didn’t see it in him in the ring –- he was good, but he wasn’t phenomenal.”

Despite his feeling that CM Punk isn’t worth the hassle, Eric Bischoff does acknowledge that his take could be wrong.

“He’s old, he’s fragile, he was never in great shape, to begin with, he didn’t start as an athlete, and now at 44 years old, he’s fragile as hell. So, what would you do with him? Especially in WWE, where the intensity, physicality, and the schedule is so much more than it is in AEW, just the sheer workload.”

In the end, Bischoff thinks that CM Punk shot himself in the foot with his antics at the media scrum. He cited that a lot of fans turned against Punk, so they may not care for a WWE return.

“I think the audience has kind of turned on him,” Bischoff said. “I’m sure he still has some die-hard fans out there and all that, everybody does, but the general audience, I think he left a really bad taste in their mouth, and they realize that that mystique is no longer there, and he’s just another guy. So, I don’t see the value. I can’t imagine it.” (H/T WrestlingInc.com)