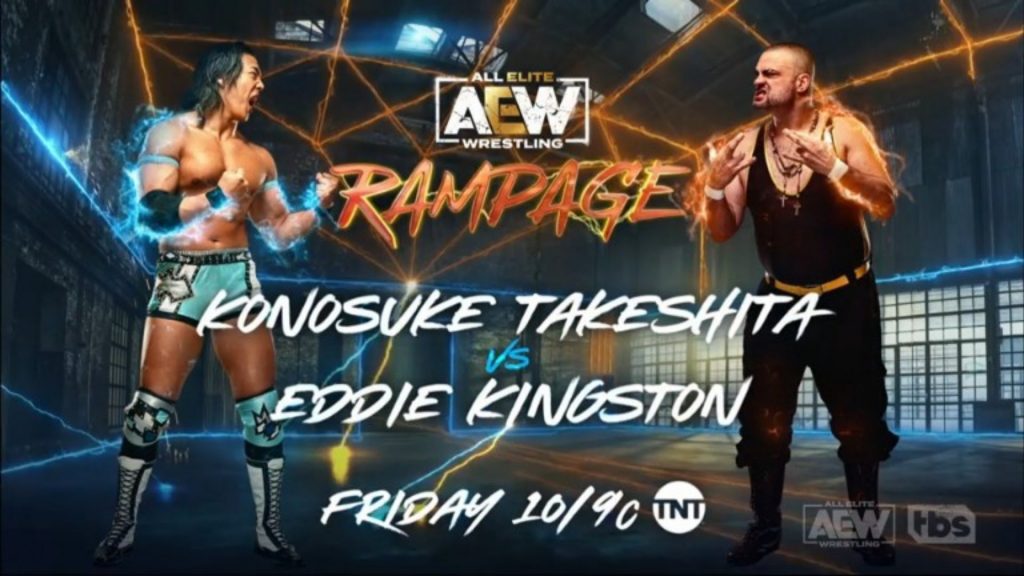 Three matches have been announced for the 7/8 AEW Rampage

Following tonight’s episode of Dynamite, several matches have been confirmed for the July 8 episode of Rampage.

Eddie Kingston will be in singles action against Konosuke Takeshita. This will be Kingston’s first AEW action since last Wednesday’s Blood & Guts match while Takeshita will go in on a two-match winning streak. His match against Anthony Henry at the recent Dark tapings will likely run Tuesday.

Orange Cassidy will be in action vs. Tony Nese after challenging him in a backstage segment Wednesday. Sterling asked Cassidy and Best Friends to sign a petition to fire Swerve Strickland from the AEW roaster and they refused. If Nese wins, Cassidy will sign it.

Also, Mercedes Martinez and Serena Deeb will be in tag team action.  The two have been on a winning streak since first getting paired up. This all joins the previously announced match of Lee Moriarty and Jon Gresham vs. Kaun and Toa Liona.