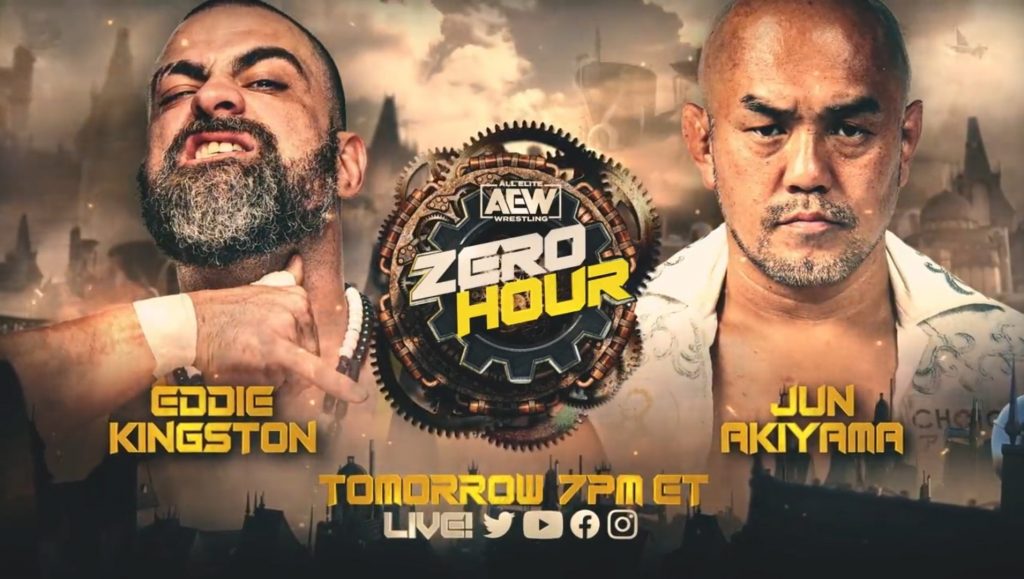 The Factory who appeared on the November 18 AEW Rampage broadcast, was challenged by Chuck Taylor, Trent Beretta, and Orange Cassidy to a match the following night. The three were outnumbered, Marshall recalled, but Romero showed up and defended them. Despite being down a man, the Best Friends allowed a cryptic vignette to give away who

Danhausen was spotted in the backstage video, but the match graphic noted that the Best Friends and Romero would have a Very Evil, Very Mysterious” partner.

In a separate singles match, Eddie Kingston will compete against Jun Akiyama. On the November 18 AEW Rampage program, Kingston finally got his chance to face Akiyama. The legendary Japanese wrestler pinned Ortiz to win the match for himself and Konosuke Takeshita in a tag team contest. After Rampage’s broadcast ended, Kingston would not leave the ring, insisting instead on a singles match with Akiyama. Tony Khan, the president of AEW, then arrived to schedule the match for AEW Full Gear: Zero Hour.

On Friday’s Rampage, Starks defeated Lance Archer after hitting a spear. Archer had attacked Starks backstage before the match, with the two eventually brawling their way to the ring. Archer was in control for most of the bout until Starks found an opening and connected with the spear.

After the match, Prince Nana and Brian Cage arrived, as Cage will face Starks in the final semifinal match at Full Gear Zero Hour on Saturday. The distraction allowed Archer to attack Starks from behind, eventually chokeslamming him on top of steel steps.

Ricky Starks has advanced to the semifinals for the AEW World Title eliminator tournament.

The winner between Starks and Cage will advance to the finals, where they will face Ethan Page. Page defeated Bandido on Dynamite this past Wednesday to advance. The date for the finals was moved from Full Gear to the November 25 episode of Dynamite.

The match between Starks and Archer was initially set for last week’s Rampage. However, the bout was called off after a social media post by AEW showed that Archer had jumped Starks backstage.

The full card for AEW Full Gear: Zero Hour is below.