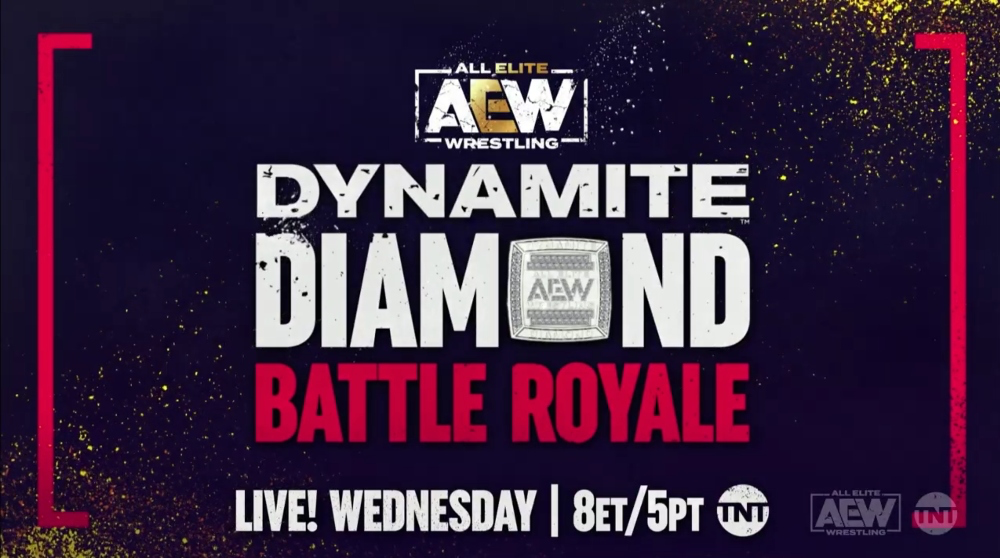 The Dynamite Diamond will be on the line in a Dynamite Dozen battle royale as part of next Wednesday’s 12/8 edition of AEW Dynamite from the brand new UBS Arena in Long Island, New York

While all the participants were not announced, the 12-man match will feature two-time winner MJF, Powerhouse Hobbs, FTW Champion Ricky Starks and Dante Martin.

The winner of the Dynamite Diamond Battle Royale will be in possession of the 24-carat diamond ring for the next year. MJF currently holds the ring. The previous Dynamite Dozen Battle Royale matches have ended with the remaining two participants competing in a traditional singles bout the following week, with the ring on the line. The singles match for the ring will take place during the Winter Is Coming edition of AEW Dynamite on December 15.

AEW has also announced Riho vs. Jamie Hayter for next week’s Dynamite.

Below is the match card for Next Wednesday’s show will be AEW’s debut at the new UBS Arena in Elmont, New York: