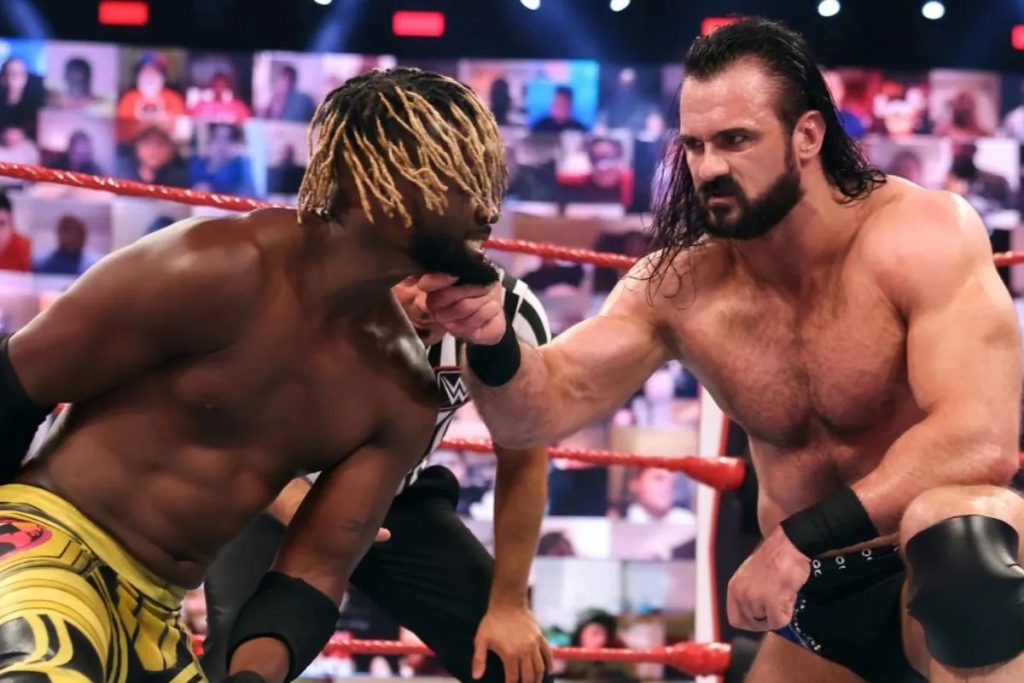 Ahead of the ladder match this Sunday, McIntyre was a guest on this weeks episode of ‘The Bump’, where he spoke about his previous experiences in the match.

“I’ve been in a few MITB Ladder matches. They’re frickin painful. I remember my very first one at WrestleMania 26. I was the Intercontinental Champion and in my first WrestleMania [match]. I remember there was a particular point in the match where Shelton Benjamin picked up a ladder and locked eyes with me, and I thought, he’s going to throw that ladder at me. And sure enough, he threw the ladder at me. I put up my forearms as fast as I could, and it hit my forearms. It was the most unbelievable pain in my life. My arms were black and blue for weeks.

My next MITB match, Kofi [Kingston] jumped off the ladder doing his boom drop through a table and knocked me unconscious. I remember waking up and literally think why are there so many people in my bedroom. [Then, I was like] wait, I’m in a ladder match. I’ve got some good experiences in MITB [matches], and I have a good feeling about this one, considering that I absolutely have to win.”

Money In The Bank will be taking place in the Dickies Arena tomorrow night at 8/7c, and will be live exclusively on Peacock in the U.S, and the WWE Network internationally. The show will be the first WWE PPV to take place at full capacity since early 2020

Thank you to WrestlingInc for the transcription