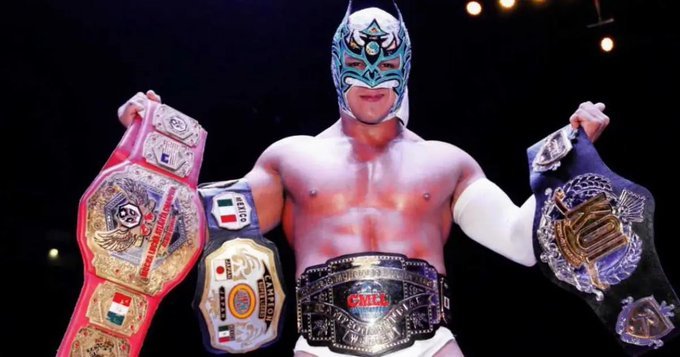 In Mexico’s CMLL, Lee won numerous titles. He took home the IWGP junior heavyweight title from Japan. Lee joined ROH in January 2019, where he held the TV and tag team titles. Until Sinclair Broadcast Group closed it and sold the business to Tony Khan, he was employed by the promotion. Lee made several post-ROH appearances in AEW, but after being turned on by his brother Rush, he was quickly written off.

According to Marc Raimondi from ESPN, Lee reportedly signed the deal earlier this month and will begin working for WWE in January.

“I think I can become the new Rey Mysterio in WWE,” Lee said. “I just need the opportunity. [Finn Balor] told me, ‘Would you like to be in WWE?’ [laughs]. I said, ‘Yeah, sure. Why not?’ … It was something special for me. It’s my challenge to learn more about promos. You will never finish learning in pro wrestling. But every time you wrestle, you learn. But about promos, it’s something new for me. I would like to learn something new, how to become not just a wrestler — an artist.”

According to Luchablog, Following Lee’s appearance on the August 17 episode of AEW Dynamite, Lee and Dralistico were invited for a WWE tryout. Dralistico, who most recently competed on AEW Rampage and at ROH Final Battle, is said to have been passed over by WWE. However, Dragon Lee was brought back for a second audition and ultimately signed with the organization.

For years, WWE has been searching for the next great Hispanic talent who can increase ratings like Eddie Guerrero and Rey Mysterio did. Lee can also assist with the business’s aspirations to internationalize its NXT brands.

WWE’s president of talent strategy and operations, James Kimball, told ESPN that “Dragon Lee is a terrific talent who will immediately provide value to the NXT roster.” This agreement reflects WWE’s increased focus on expanding our talent pool globally, with Latin America serving as a key market.

After defeating FTR to win the AAA Tag Team Championships, Lee and his brother Dralistico announced they had signed with WWE.