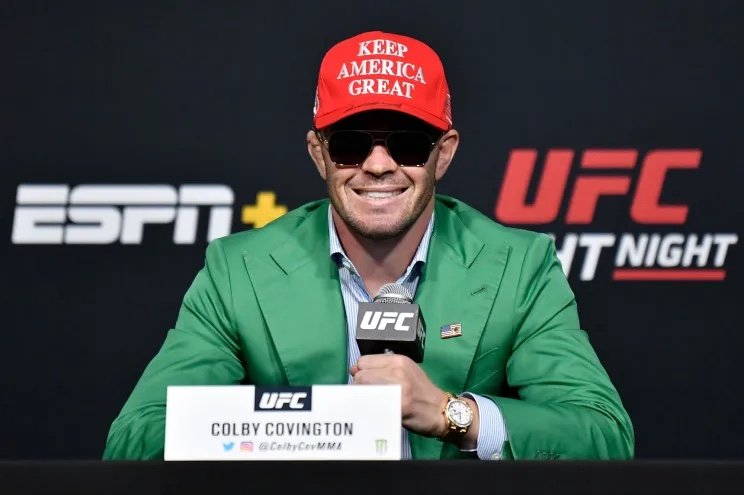 Following his loss at UFC 268 last night, Colby Covington SLAMMED AEW while speaking to the media.

The former Interim UFC Welterweight Champion isn’t a stranger to the wrestling world, as he has used Kurt Angle’s ‘You Suck’ theme song while making his way to the octagon on several occasions, including his match last night.

Following his fight, Covington spoke to the media, where he was asked about a potential wrestling run. While Covington didn’t rule it out, he made it clear he won’t be doing it in AEW, branding it a ‘second tier promotion’.

“I don’t pay any attention to what those losers do,” Covington said. “I’m focused on putting on the biggest and best fights in the world. You might see me in WWE one day, but I don’t think you’re going to see me in a second-tier promotion, like AEW.”

Covington has appeared on IMPACT Wrestling in the past as a member of American Top Team, which is the same group that’ll be taking on The Inner Circle at next Saturday’s AEW Full Gear pay-per-view.