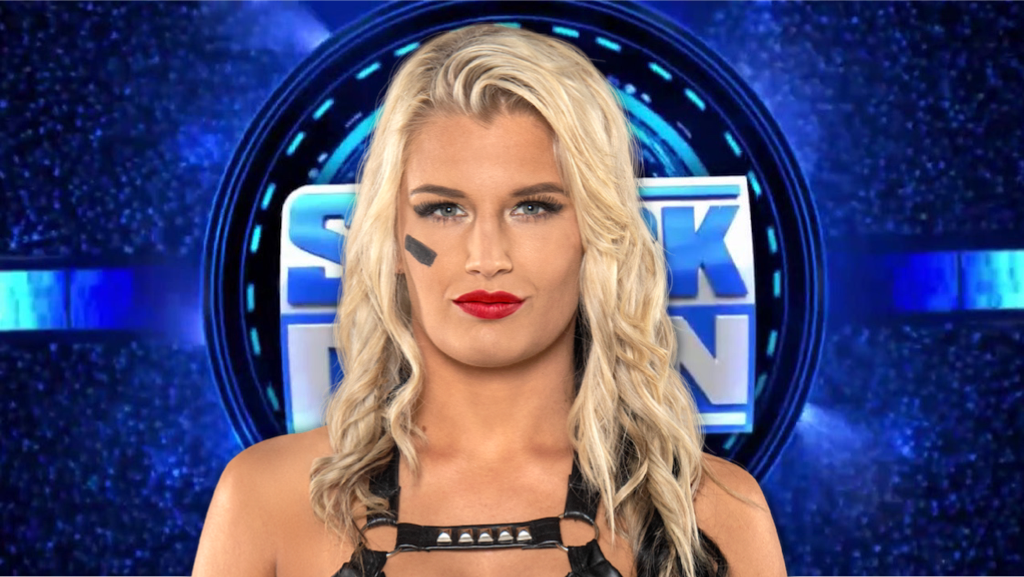 Over recent weeks, WWE have called up a number of NXT Superstars to Raw and SmackDown, with the likes of Shotzi Blackheart, Tegan Nox and Karrion Kross showing up, some being more successful than others.

During last week’s edition of SmackDown, it was confirmed that Toni Storm would be making her SmackDown debut this Friday, becoming the latest addition to the Blue Brand’s women’s division.

According to PWInsider, despite being a heel during her time in NXT, Storm will be switching to the babyface side when she makes her debut on Friday.

Storm joined WWE in May 2018, where she became the second ever NXTUK Women’s Champion. Last year she moved to the United States, turning to the heel side while feuding with a number of Superstars.