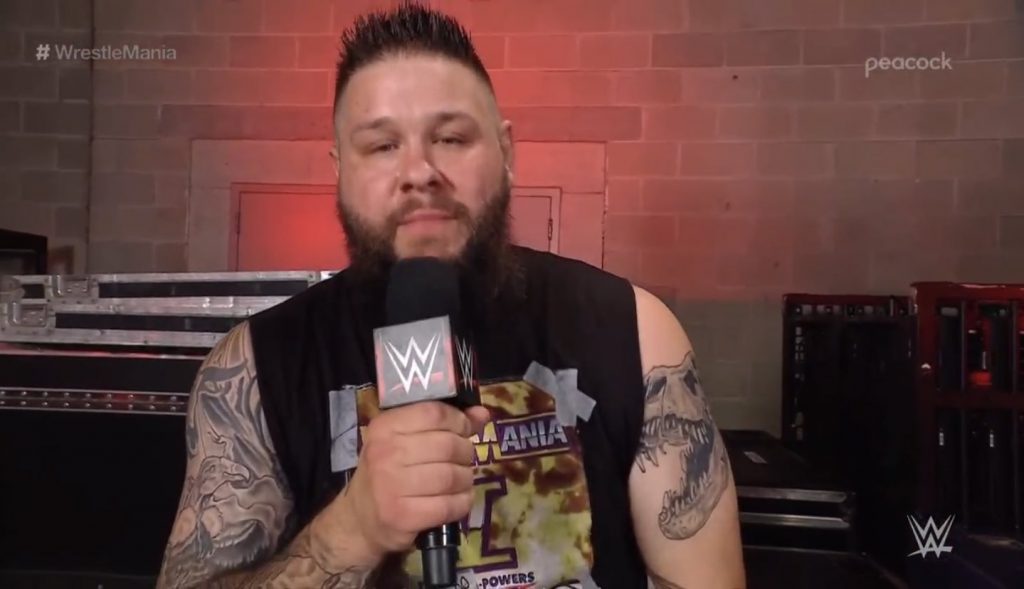 Last month WWE’s biggest show of the year, WrestleMania, took place Live from the Raymond James Stadium in Tampa, Florida. This was the first WWE event in over a year to feature fans in attendance, however things did not go as planned whatsoever. Just minutes into the broadcast the show had to be delayed due to weather related issues which resulted in WWE talent cutting promos backstage to fill the time while waiting for the show to resume. However many fans were left wondering if this was a plan WWE had already put in place over concern that something like this could happen considering it was forecast.

What did you think of these non scripted promos at WrestleMania? Did you feel like they came across as too fake, or did the more natural style of promo appeal to you more? Let us know in the comments below this post!