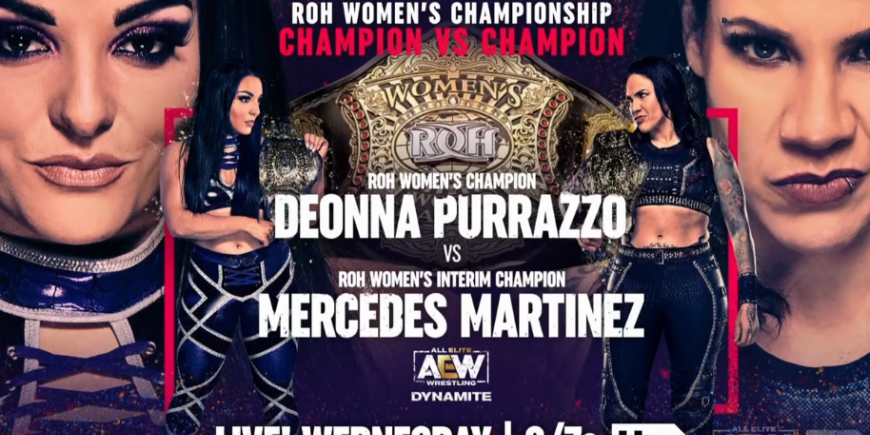 The Virtuosa finally arrives in AEW Dynamite on Wednesday, May 4, 2022.

The first three matches announced for the May 4 edition of AEW Dynamite include Jeff Hardy’s first singles match in AEW end the arrival of Deonna Purrazzo in a Ring of Honor Women’s Championship unification match.

Also, Maxwell Jacob Friedman has called in a mystery opponent the face Wardlow next week, and the only thing we know for sure is that he is taller than Wardlow and “you can’t teach that.” The fans in the arena seemed to figure out who he was talking about because it sounded like he was talking about W. Morrisey, aka former WWE star Big Cass.

Lastly, IMPACT Wrestling’s Deonna Purrazzo will make her AEW debut against Mercedes Martinez in a match to declare the Undisputed Ring of Honor Women’s Champion. Purrazzo defeated Rok-C, currently Roxanne Perez in NXT, for the title on an IMPACT episode on AXS. Mercedes Martinez was declared an interim champion after defeating Willow Nightingale at Ring of Honor Supercard of Honor.