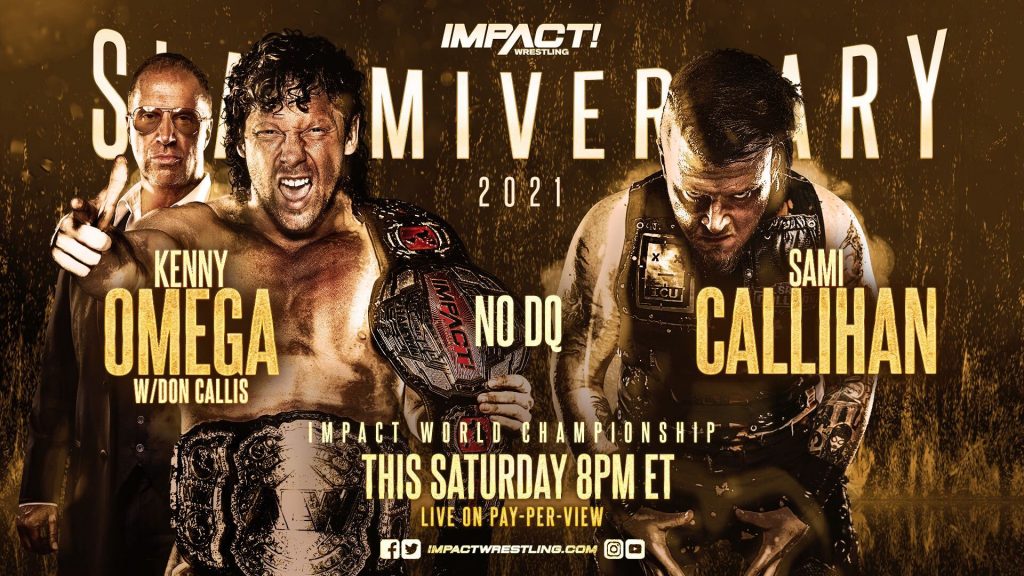 Sami Callihan will be challenging Kenny Omega for the Impact World Title at this Saturday’s live pay-per-view.

Late last night Sami Callihan took Twitter to launch the official challenge to Omega. Callihan went right to the point he wants a DQ match claiming that he knows the rubbish that his fellow Elite members and Don Callis are capable of doing so that Kenny retains the championship.

With the title on the line and a DQ stipulation, Slammiversary main event will be even more interesting allowing interferences, weapons and so much more.

On his first title reign, the match will be the second title defense for Omega, who also holds the AEW World Title and the AAA Mega Title.  Let’s remember that back in June at Against All Odds PPV he defeated Moose retaining the championship.

The emotion is on the surface since Slammiversary will be the first Impact pay-per-view with a limited but live crowd,  it will take place this Saturday at Skyway Studios in Nashville at 8P ET.