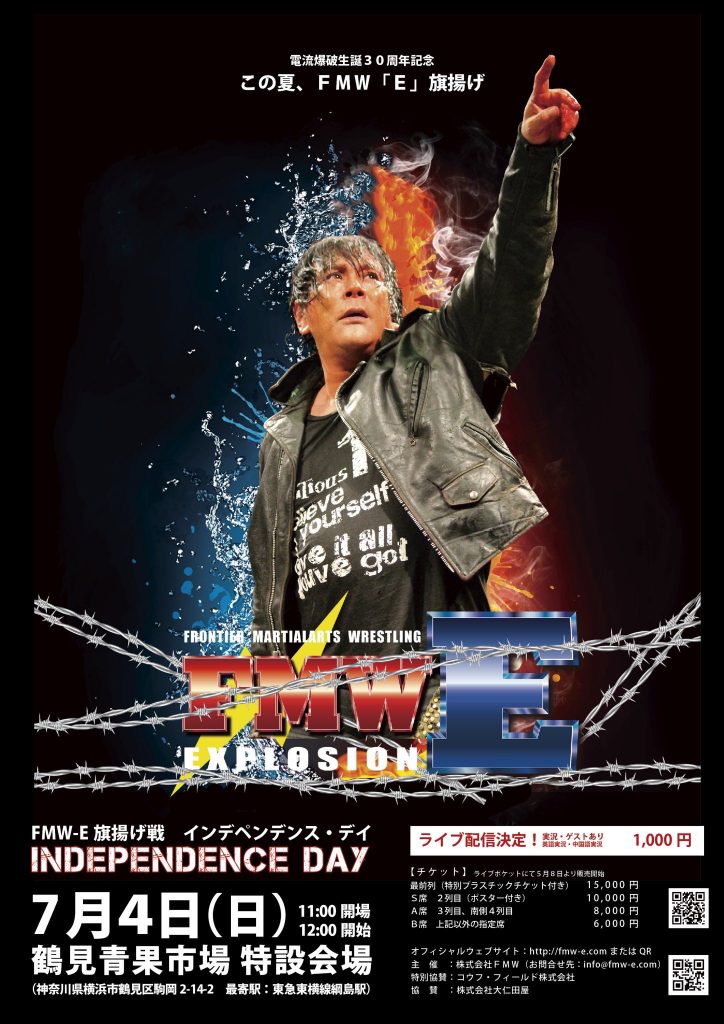 The most Extreme Promotion in the History of Pro Wrestling is back, and under Onita’s Rules, the “E” in the Company’s name stands for explosion as it’s main focus will be on exploding deathmatches.

FMWE’s debut show will take place on July 4 at the Tsurumi Fruit & Vegetable Market in Yokohama.

Atushi Onita has stated that Jon Moxley and Kenny Omega’s exploding barbed wire deathmatch at AEW’s Revolution pay-per-view was the catalyst for the company’s birth.

Hidetaka Kajiki, the man holding a director post position next to Onita, has already Announced that the pay-per-view will cost just 1,000 Yen and will stream in North America, Japan, and plans to have Worldwide Distribution.

Onita will upload a virtual press conference announcing the formation of the company onto his YouTube channel & the FMWE Website at 7pm JST today.