Darby Allin speaks about being involved in the first coffin match in AEW history, working with Sting and more 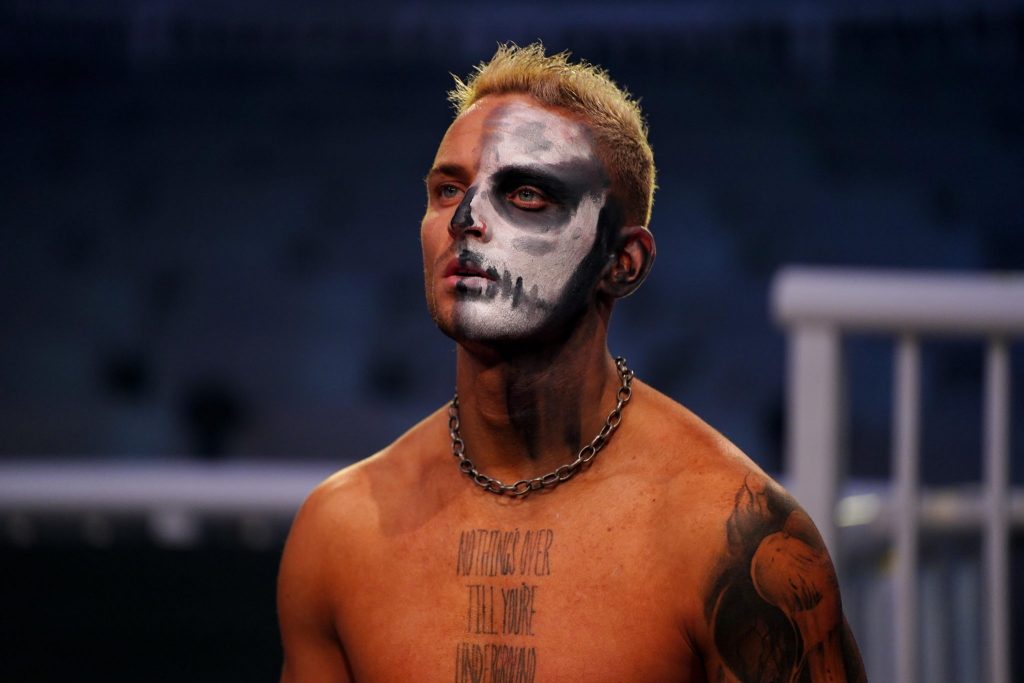 Darby Allin spoke to Eric Novak from Wrestling Republic on the All Real Wrestling Podcast.

Darby Allin said how it felt to be involved in the first coffin match in AEW history, Allin faced Ethan Page at AEW Dynamite Fyter Fest 2021.

“It was sick because I wanted to set the pace,” Allin said.

“A lot of people sometimes view coffin matches/ casket matches whatever you call them like they’re kind of boring and you know it’s kinda slow paced. I wanted to go crazy, to be able to be in that spot and set the pace and make history you know it was sick, I was ready to go psycho that night.”

“My immediate thought was that I needed to prove myself and make sure he knows that when he’s put with a younger talent that it isn’t a waste of his time,” Allin said.

“So the first thing I did was just show him some of my crazy promos and right away, he’s like yeah this guy’s gonna be fun to work with.”

As well as being involved in the first coffin match in AEW history, Allin was involved in AEW’s first cinematic wrestling match at Revolution 2021. He mentioned how it was like filming that match.

“Oh it was lots of fun, it was totally different than anything I’ve ever been involved with but looking at the final piece it was amazing it was super fun,” Allin said.

“My favorite moment in that match was jumping off with that elbow at the end. It was very sketchy but was a lot fun.”

Allin also spoke about what it’s like to see fans wear his face paint.

“It’s awesome because it’s like validation for all my hard work and all the risks I take and it’s cool.

Make sure you check out the full interview with Darby Allin here: