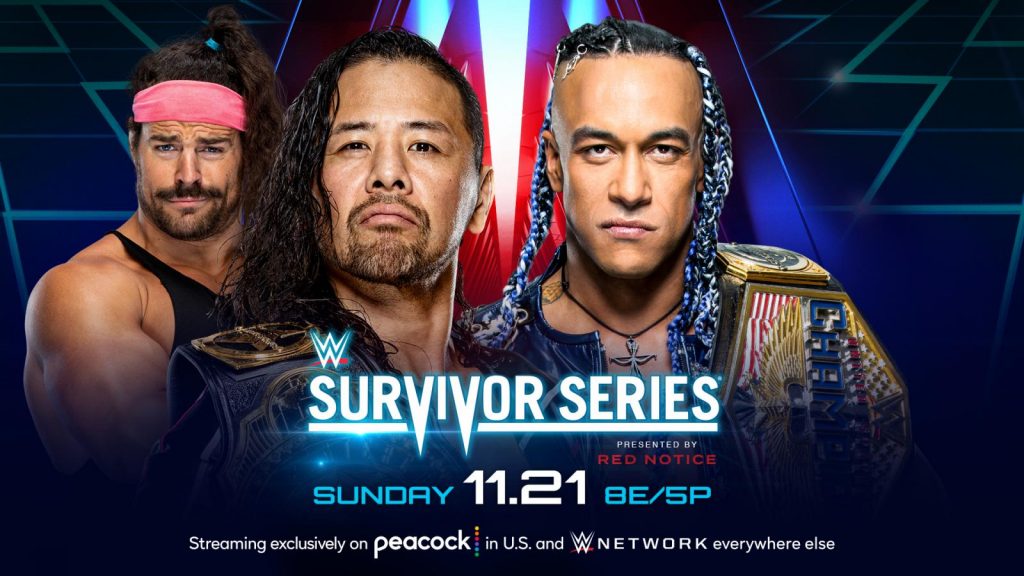 It was recently made official via WWE’s Twitter account that the United States champion Damian Priest would face the Intercontinental Champion Shinsuke Nakamura in a Champion VS Champion match at Survivor Series.

The Archer of Infamy has had quite a dominant run as United States champion so far, holding the title for a total of 86 days, winning it at Summerslam against Sheamus. The young star has a bright future ahead of him and this is an amazing opportunity to show his skills.

On the other hand, Shinsuke Nakamura has held the title for 94 days so far and gave us a solid run alongside Rick Boogs on Friday nights. Unfortunately, the Artist currently holds a 0-3 record at Survivor Series. It started in 2017, where he was a part of the Smackdown team in the 5 on 5 traditional elimination match where he came up short. In the 2018 edition of the Pay-Per-View, he lost his champion versus champion match against Raw’s Intercontinental champion Seth Rollins (Nakamura was the United States champion). Finally, in 2019, in a triple threat match between Raw’s US champion AJ Styles, Smackdown’s IC champion, himself and NXT’s North American champion Roderick Strong, he lost the match to the NXT star.

Will the King of Strong Style finally end his losing streak or will the Archer of Infamy assert his dominance as the superior champion? We’ll get our answer this sunday in what is sure to be an instant classic.