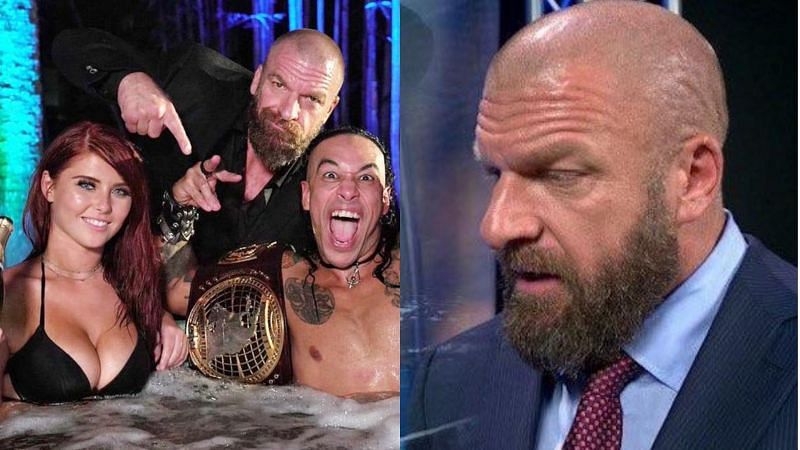 “I make jokes from time to time,” Priest told Metro. “Like, hey, Mania – Hunter didn’t have a match, and that was the first time all these legends, none of them [were on the show].”

“I was like, ‘I mean, did you bring your gear? Because you can have a match, I’m right here!’ He started laughing and said, ‘You’re on a list of people that have asked me that.’ I was like, I bet, I can imagine – he gets it all the time by guys being like, ‘Hey you wanna work? You wanna wrestle?’”

Although Priest’s tongue-in-cheek question didn’t lead to a dream bout, the Archer of Infamy still hopes to lock horns with mentors Triple H, Shawn Michaels, Edge and others in the future.

“I mean, I wish [I get to face them all],” Priest admitted. “I still hold out hope, you know? Especially in this business, never say never! I think the closest one that I know that there’s a chance – and we’ve already kind of had an interaction at the Rumble – is Edge. (H/T WrestlingInc.Com)

“Obviously Kane, we had a little bit of an interaction. But I’m not satisfied, I need a lot more of that! Those feelings, just standing across from those guys – super cool, super, super cool.” (H/T WrestlingInc.Com)

Priest will defend his United States Title against Sheamus at the upcoming Extreme Rules pay-per-view. Sheamus earned his shot by defeating Drew McIntyre in a #1 Contender’s match earlier this week on RAW.