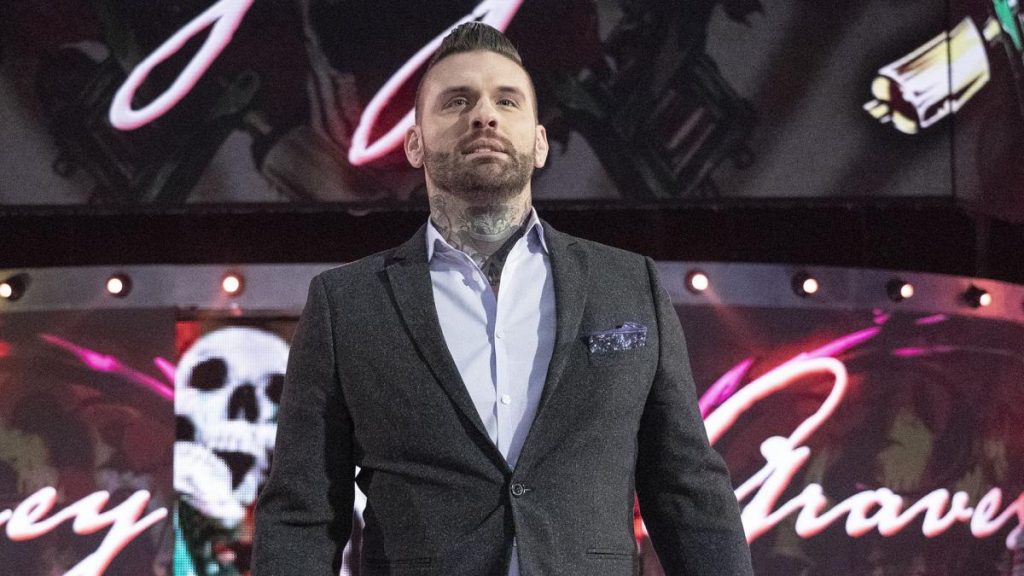 Former NXT Tag Team Champion- and current Monday Night Raw commentator-Corey Graves has spoken with Wrestletalk, where he discussed about how he feels on taking some other roles within Vince McMahon’s company.

During the interview, Corey explained that he has learned a lot about the different aspects of the company during his time away from the squared circles due to numerous concussions issues, which recently saw him getting medically cleared to compete again.

“Now what else can I do? Is there some other role? I went and got cleared in the event that the need arises for me to fight somebody in the ring. I’m medically ready. Not in ring shape by any means! Nothing catastrophic will happen if that goes down.

Now I’m kinda just, I want to say at a plateau but I’m looking at what else there is I can do. What else can I put my hands on? Is it creative? Is it business? There are so many different facets of this company that I’ve learned since getting hurt that I probably would have never experienced just as a wrestler.

Learning about marketing, why television works the way it does, television rights, this whole different realm which is uber important to the business, but everyone’s talking about what’s your finish, that was a great bump, that was a great match. There’s no shortage of new tasks for me to learn, I’m just at the point now to work out what that next step is.” (H/T WrestlingInc.com)

The self-proclaimed ‘Saviour of Misbehavour’ signed with WWE in 2011 and performed at NXT, before being forced to retire in 2014 and starting to serve as a WWE commentator for both Raw and Smack Down during these past years.

Graves is also the host of WWE Network’s After the Bell podcast and the husband of WWE Superstar Carmella.