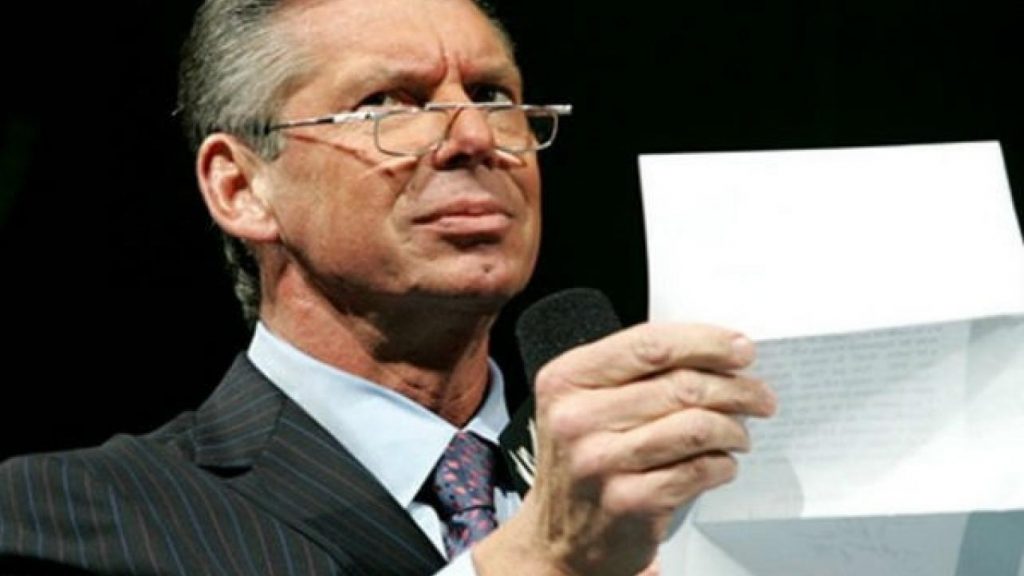 Despite having a lot of free time on his hands in retirement, Conrad Thompson sees no chance of Vince McMahon doing a podcast with him.

It’s almost been six whole months since Vince McMahon retired from WWE, and a lot has changed since then. Triple H and Stephanie McMahon have taken over as a breath of fresh air as WWE has greatly improved in quality.

Not long ago, fans could only dream of an era with Triple H at the helm. Despite Vince’s age, few could ever imagine WWE without him, but Triple H has proven that WWE is in good hands.

No one knows what Vince does now with all his time, but one podcaster is certain it isn’t, nor will be, podcasting.

Conrad Thompson runs multiple podcasts where he interviews wrestling legends and former executives for details on wrestling history. Jim Ross, Eric Bischoff, and Tony Schiavone are just a few of the people who Conrad hosts shows for.

Conrad recently spoke with WrestlingInc. and discussed the possibility of hosting a podcast with Vince McMahon in the same format. However, Conrad is not holding his breath on the concept of a tell-all Vince McMahon show coming anytime soon.

“No, there’s no possibility. I mean, what in the world would be his motivation for doing a podcast? He probably took a little bit of time off, and I don’t know what he’s doing, but he’s probably working on creating something. I just can’t imagine a guy who we all know, and have heard was this giant workaholic, is now just doing nothing.” (H/T WrestlingInc.com)

As of this writing, Vince has yet to make any notable appearances since his retirement. He is currently still the majority shareholder of WWE but has no more say in any of its business.

Only time will tell what’s next for the former Chairman of WWE.