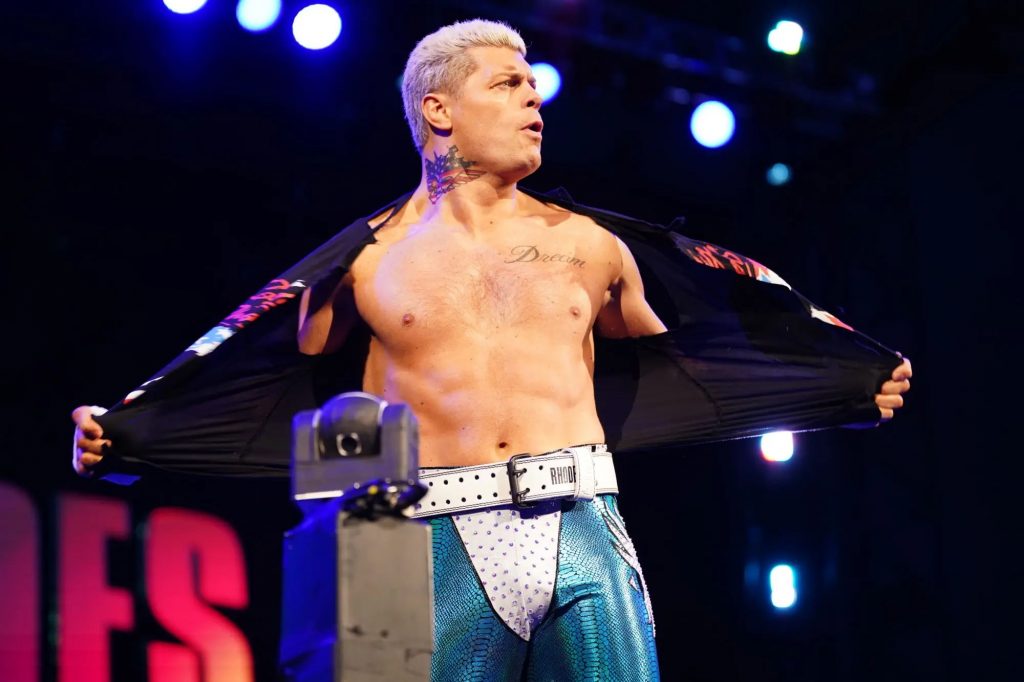 As a guest on the Gamespot Wrestling Buddies podcast, Cody Rhodes revealed that he spends weeks planning his promos with a ‘focus group’ as AEW is a ‘data based company’ so he needs to workshop everything he does as people expect his promos to be a high standard.

Rhodes said “This is probably gonna sound not cool, because a lot of wrestlers–especially wrestlers from my dad’s era–will lie to you and say, ‘Oh, I just came up with that promo right there on the spot,’ which is bulls***. But whatever. I workshop my promos heavily for weeks on end. We have a full focus group for them, as crazy as that sounds. This is a data-based company, so I workshop everything I do. And because my promos have been held to a really high standard–people pick at them and find things in them and they put a microscope on them, which I love.

With that in mind, when I was doing the promo I couldn’t come up with a finish. When I was just thinking about what the story really is, Anthony [Ogogo] is living the American dream for real. All the wrestlers, like Bruno Sammartino, who I referenced in my interview, who have come over, have lived the American dream here, [With] what [that] stands for and [it being] Memorial Day weekend and fans coming back and just all that beautiful synergy and kismet, I ended up saying it once. ‘He won’t be wrestling the American Nightmare. He’ll be wrestling the American Dream.’ And when I said it, I just couldn’t move past it. I thought, ‘That’s it. That’s the ticket.’”

Cody Rhodes will be taking on AEW newcomer, former boxer and Olympic Medalist, Anthony Ogogo, this upcoming Sunday on PPV. Rhodes will be bringing back his fathers ‘American Dream’ gimmick for one night only for the event.

Rhodes then went on to explain why he made the decision to bring the gimmick back for the match and said “If I need to do it for a gimmick, it’s the wrong thing, but if it’s something that organically exists and comes up and it’s just that name–it’s more thematic and in my soul. Not to get all artsy and whatnot, but if it’s [in my heart] more than it’s [in my head], then it would be worth it and it would feel good. So it really just encapsulates everything that’s happening. I’m a big Batman reader and all the characters I love in Batman are all of the screwed up Robins. Damien’s a killer. Dick is pretty much the only one with his head on his shoulders. Jason, obviously is Red Hood, Tim, etc. They’ve all got problems. And that’s what it’s like being a second-generation wrestler. We’re a bunch of broken toys and this is one of those times where it feels like putting on the cape and cowl. If anyone can do it and do it justice and do it with honor, it could be me. Maybe not full-time and maybe not long-term, but for one night I’ll be the Batman.”