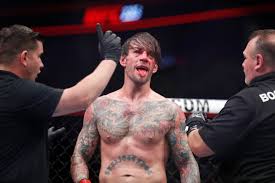 According to Nolan King of MMA Junkie, former WWE Superstar and UFC Fighter CM Punk no longer has 2 loses under his belt. This is because CM Punk’s June 2018 fight at UFC 225 against Mike Johnson has been overturned into a no contest. This is due to Johnson testing positive for marijuana, which is prohibited in the state of Illinois, where the fight took place. (Let it be known that the change was made back in 2018 after the fight, before the UFC stopped testing for marijuana) You can see King’s official Tweet below.

Johnson, who hasn’t fought since UFC 225, responded to MMA Junkie by calling them “losers” because “they think their opinion matters”. However, CM Punk, is yet to comment on the matter.

But what do you think? Do you think the fight should’ve been overturned? Or do you think Mike Johnson is still the rightful winner? Let us know in the comments below.