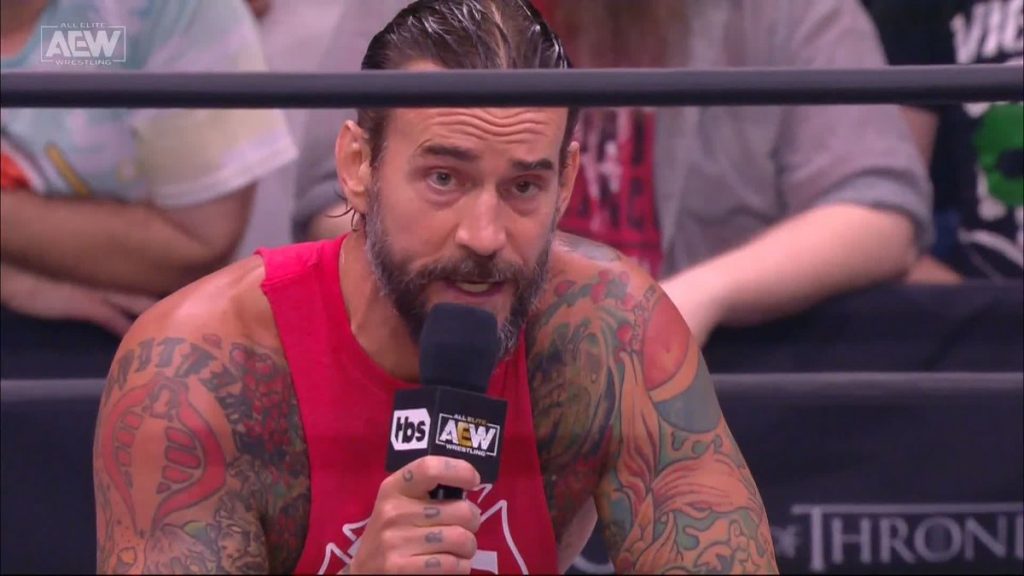 Despite the rumors of being on his way out of AEW, CM Punk will remain in the Fight Forever video game and on the cover art.

It’s been months since the All Out brawl at the aforementioned pay-per-view, but the heat has finally died down. Kenny Omega and the Young Bucks returned to television at AEW’s Full Gear and the following Dynamite against Death Triangle.

The trios will compete in a best-of-seven series of matches in the coming weeks, the one on Dynamite being first. All other parties suspended for their involvement in the brawl have returned as well, except for one, that is.

CM Punk is not expected to return to AEW television, and it’s expected that his contract will be bought out. There appears to be some trouble in that regard, as a deal has yet to be finalized on both parties’ parting.

Despite CM Punk’s removal, his likeness will not be wiped from AEW’s upcoming Fight Forever video game. An exclusive report from SportsKeeda suggested that reports claiming otherwise were false after they had reached out to AEW for clarification.

AEW responded by saying if the decision were made to remove CM Punk from cover art or game, a press release would’ve been made. As things stand, CM Punk will remain a part of the game regardless of whether he stays or goes.

What Do We Know About the Game?

A trailer for the game was released in November and featured various stars, including CM Punk, Omega, and Chris Jericho. A leaked image had previously shown the game cover with an M for mature rating, but this was later clarified.

Fight Forever will be rated T for teens as advertised in the game’s trailer and will release in February. At least that’s when it is speculated to release as there’s no official date as of this writing.

Fight Forever is currently available for pre-order for PS5, PS4, Xbox One, Nintendo Switch, and PC.